Up to 25,000 Muslims in UK were likely to make the pilgrimage to the birthplace of Islam in Saudi Arabia in July. 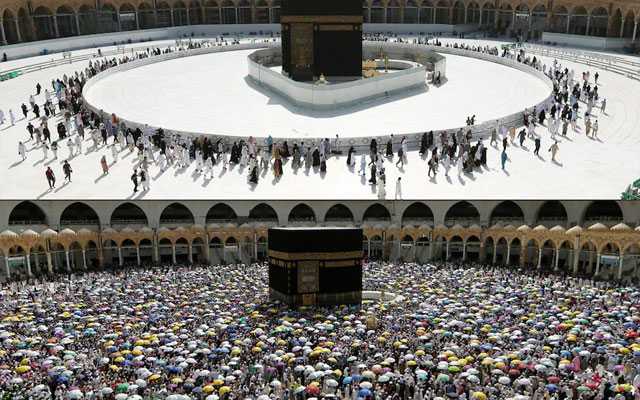 Amid the uncertainty relating to coronavirus pandemic, British Muslims are being urged to delay booking a Hajj pilgrimage. The British government has announced that lockdown could take longer than previously thought.

According to the details, the Council of British Hajjis (CBHUK) has advised people who wish to plan a trip to Makkah to avoid entering into contracts with tour operators until the pandemic is over.

Up to 25,000 Muslims in UK were likely to make the pilgrimage to the birthplace of Islam in Saudi Arabia in July.

The Council of British Hajjis founder Rashid Mogradia said: “There seems to a lot of uncertainty over whether or not Hajj will take place this year.

“The Saudi authorities are taking the health and well-being of Muslims from all over the world wanting to undertake the Hajj and Umrah pilgrimage seriously by suspending the lesser pilgrimage of Umrah, and advising people to defer making Hajj bookings until there is a clear picture on the spread of the coronavirus.”

Mogradia advised people with current Hajj bookings to check they have booked a trip protected by the ATOL scheme and have been issued with the relevant certificate.

A spokesman for Action Fraud, the UK’s national reporting centre for fraud, said: “Should this year’s Hajj pilgrimage be cancelled, criminals could use this as an opportunity to fraudulently offer refunds or alternative tours.

“Many people will have saved for years to be able to afford to travel to Saudi Arabia and as a result will be absolutely devastated if they are conned by fraudsters.”

Matt Buffey, head of consumer protection at the Civil Aviation Authority, which operates ATOL, said: “Making a booking through an agent that is not licensed by ATOL and the Ministry of Hajj and Umrah risks both your money and your pilgrimage.”