New York extends shutdown until May 15

The shutdown in NY was set to expire at the end of April. 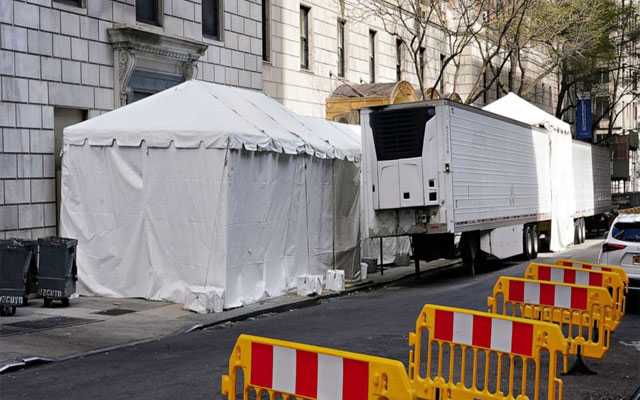 The governor of New York, Andrew Cuomo has extended the state’s lockdown order until May 15, saying that the data showing situation were getting better but insisted on the need to maintain vigilance.

Cuomo mentioned the declining rates of hospitalisation and patients admitted to intensive care, but said infection rates would have to reduce significantly before the economy could begin re-opening.

“I would like to see that infection rate get down even more,” Cuomo said at his daily briefing, reporting that 606 more people had died in the US’s Covid-19 epicentre, the lowest daily toll in 10 days.

The shutdown in NY was set to expire at the end of April.

New York continues to see a decline in the daily hospitalization rate, which the governor described as “good news”.

Still, 606 lives were lost and 2,000 were hospitalized Wednesday. While that is the lowest daily death toll recorded in more than a week, Cuomo described the rate of deaths as “still continuing at a really tragic, tragic rate.”

Cuomo ordered residents on Tuesday to begin wearing face masks whenever they are in public and unable to follow social distancing protocols.

New York continues to be the U.S. state hardest-hit by the coronavirus pandemic, with 214,832 confirmed cases and 14,636 deaths, according to data from Johns Hopkins.