Neymar and Two other PSG Stars Test Positive for Coronavirus

Neymar, along with the other two players, now faces the prospect of missing the start PGS's 2020/21 season 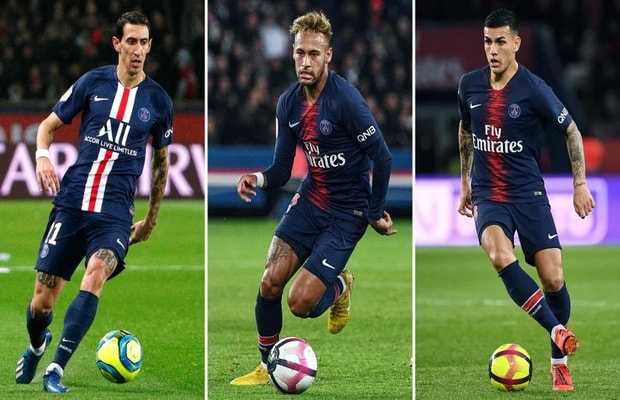 Neymar and two other Paris Saint-Germain stars have contracted the coronavirus, according to multiple media reports.

According to CNN, the other two players are Angel Di Maria and Leandro Paredes.

Earlier on Wednesday, a PSG press release stated, “Three players are confirmed positive after a Sars CoV2 test and have undergone the appropriate health protocols. All players and staff will continue to be tested over the next few days.”

While, French media said the three teammates all tested positive after returning from vacation in Ibiza, Spain.

The cases would appear to be linked to a holiday trip that several PSG players took to Ibiza following the Champions League final defeat by Bayern Munich.

The COVID-19 positive tested players now face the prospect of missing the start PGS’s 2020/21 season, which is to begin on September 10 when it travels to face Lens.
The French domestic league season is currently underway but PGS’s start has been delayed because of the side’s run in the Champions League.
tweet
Share on FacebookShare on TwitterShare on PinterestShare on Reddit
the authorSaman Siddiqui
Saman Siddiqui, A freelance journalist with a Master’s Degree in Mass Communication and MS in Peace and Conflict Studies. Associated with the media industry since 2006. Experience in various capacities including Program Host, Researcher, News Producer, Documentary Making, Voice Over, Content Writing Copy Editing, and Blogging, and currently associated with OyeYeah since 2018, working as an Editor.
All posts bySaman Siddiqui