Ramadan moon to be sighted on April 24, but no congregations due to virus, Fawad Chaudhry

Chaudhry, who had earlier announced the same date for the first fast back in February, also said that there had been a plan to gather people for ‘ruet’ of the Ramadan moon. 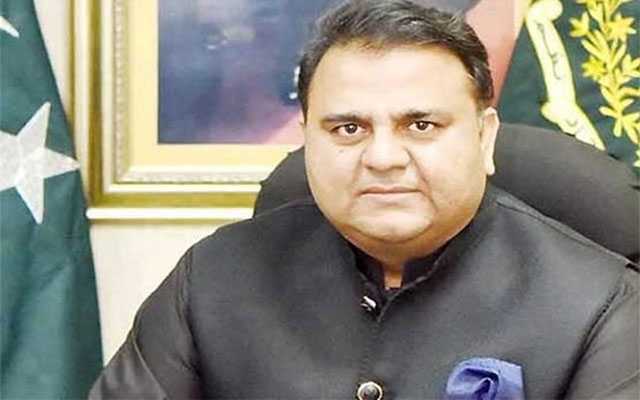 The moon for the month of Ramadan will be sighted on April 24, Friday with regards to the lunar calendar, marking the first fast of the holy month on April 25, Science and Technology Minister Fawad Chaudhry stated on Wednesday.

Chaudhry, who had earlier announced the same date for the first fast back in February, also said that there had been a plan to gather people for ‘ruet’ of the Ramadan moon. However, it has been cancelled due to the COVID-19 pandemic avoiding public congregations.

“Mufti Muneeb-ur-Rahman is our elder and I respect him but he cannot even see such a big moon, how can he see the tiny coronavirus,” Chaudhry said on Twitter.

“We have brought to the attention of Ministry of Religious Affairs [and Inter-faith Harmony] that if the head of your ministerial committee pokes fun at the government’s orders, what can you expect from others?”

He went on to say, “As for Ramadan, the moon will be sighted on April 24 and the first roza [fast] will be on April 25. We had earlier planned to gather to see the moon but the corona [virus] has cancelled all congregations.

“God willing, if we get a chance next year, we will schedule chaand raat festivities,” the minister added.

Pakistan’s top influential religious clerics in Karachi have announced on Tuesday that lockdown restrictions would no longer apply to the mosques.

The announcement came moments after the federal government announced the extension in the countrywide lockdown by two weeks.

Mufti Muneeb-ur-Rehman, the chairman of the Ruet-i-Hilal Committee, announced that the
Friday prayers would be offered in mosques, while Taraweeh and Aetkaaf would be held in mosques as well during Ramzan.

We want to give the government a message that mosques should not be closed, Mufti Muneeb told reporters.

He criticized the police for using force against prayerMosques leaders in the country.

“The prayer leader’s job is to lead prayers, not to stop them,” Mufti Muneeb added.

Muneeb was flanked by another influential cleric Mufti Taqi Usmani.

Mufti Usmani demanded the government release prayer leaders and withdraw cases against them.

Mufti Taqi Usmani has said that daily prayers will be held in mosques while taking all precautionary measures.

Speaking after a meeting of ulema at the Karachi Press Club on Tuesday, Mufti Usmani urged the elderly to pray at home but said prayers would be held at mosques.

“There will be proper space in the rows of people who pray,” he added.