The re-opening of the mosque is among the measures taken by Saudi Arabia to ease restrictions imposed as part of the massive fight undertaken by the kingdom against the highly contagious  virus. 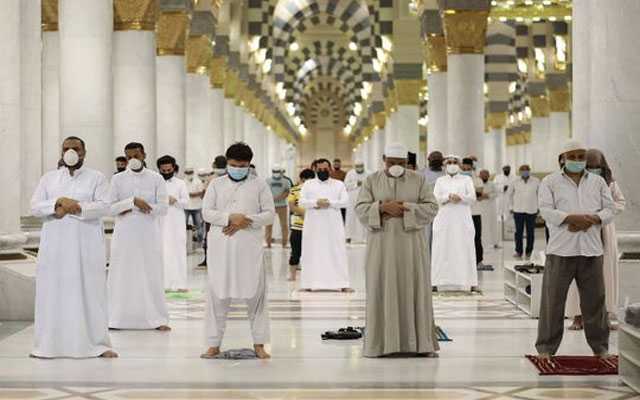 Saudi Arabia has re-opened the Prophet’s Mosque to the public in Madinah on Sunday, after closing it down for 70 days as part of the efforts to help mitigate the spread of the coronavirus, Arab News reported.

The re-opening of the mosque is among the measures taken by Saudi Arabia to ease restrictions imposed as part of the massive fight undertaken by the kingdom against the highly contagious  virus.

“Sheikh Ali Hudaify leading Fajr Salah (Morning Prayer) in Masjid Al Nabawi after opening,” a post on the official Twitter handle of Haramain Sharifain or the Two Holy Mosques said on Sunday, adding that all mosques across the Kingdom, except for those in Makkah, had been opened for “believers with precautionary measures.”

Read More : Saudi Arabia Coronavirus Fear: Masjid-e-Haram and Prophet’s Mosque to be closed after Isha prayer & to reopen an hour before Fajr

It follows an announcement on Friday by the Saudi Minister of Islamic Affairs, Abdullatif bin Abdulaziz Al-Sheikh, who spoke about the measures taken by the Kingdom’s mosques to welcome worshippers.

“Throughout our inspection trips, we found our mosques to have completed preparations and are in the best condition,” he said.

Another tweet shared by the Saudi Ministry of Islamic Affairs said that they had completed the preparations “to reopen 90,000 mosques across the Kingdom of #SaudiArabia, after the approval of the Custodian of the Two Holy Mosques to lift the suspension of Friday and congregational prayers in all mosques.”