The taraweeh prayers will be only held in Ka’aba and Majid e Navi with the continued suspension of entry of worshipers to prevent the spread of coronavirus. 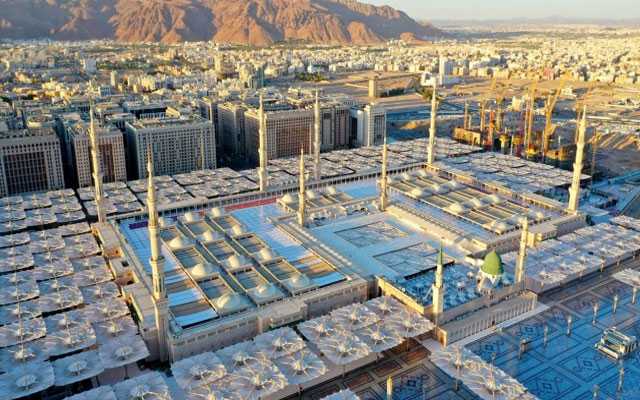 According to Saudi Gazette, the taraweeh prayers will be only held in Ka’aba and Majid e Navi with the continued suspension of entry of worshipers to prevent the spread of coronavirus.

Earlier on Tuesday, General President of the Affairs of the Grand Mosque and the Prophet’s Mosque Sheikh Dr. Abdulrahman Bin Abdulaziz Al-Sudais announced that Taraweeh prayers would be reduced to just five Tasleemat (10 Raka’h) with the continuation of performing the ritual of night prayers (Al-Qyam) and completing the Holy Qur’an (Khatm Al-Qur’an) in the Two Holy Mosques.

All these prayers would only be attended by the authority’s employees and workers.

Al-Sudais said that the aim of easing and reducing these prayers was to apply precautionary and preventive measures.

Earlier this week, the Council of Senior Scholars urged Muslims cross the globe to pray inside their homes during Ramadan if they live in countries that have imposed coronavirus restrictions such as curfews and lockdowns.