The spokesperson said anybody found disobeying the SOPs would be dealt strictly and stern action would be taken against them. 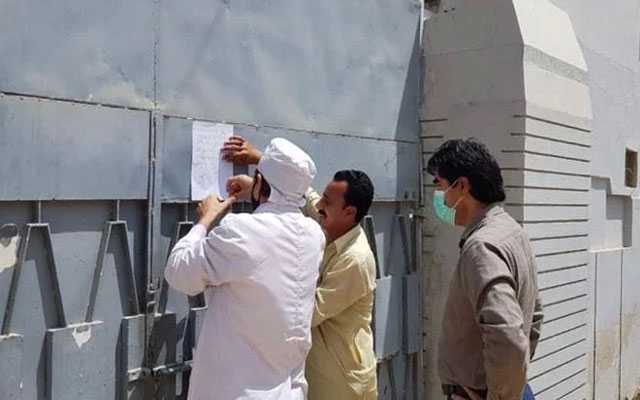 Sindh government has sealed three industrial units on Monday in Karachi for violating the Standard Operating Procedures (SOPs) issued to them to ensure safe workplaces during the lockdown.

Spokesman Sindh government Murtaza Wahab said, Deputy Commissioner District Korangi issued orders to seal two pharmaceutical companies and one tea-packing company after the owners were found violating directives of the authorities regarding the transportation of workers to work places.

The spokesperson said anybody found disobeying the SOPs would be dealt strictly and stern action would be taken against them.

Civil Administration of Korangi has sealed one factory for violating the SOPs issued by #SindhGovt pic.twitter.com/epJmfv0PZT

Despite the Sindh government had issued directives about maintaining social distancing, the spokesman said that a large number of workers were boarded on buses provided by these companies where especially women were being transported in crowded vans.

“The business fraternity should avoid the misuse of facilities provided to them amid lockdown,” Wahab said, adding that the factory owners should adhere to the orders issued by provincial government and medical experts as the province witnesses surging cases for coronavirus.

In response of the industries sealed today, President Korangi Association Sheikh Omar Rehan said that we are being harassed in the name of SOPs.

“We will shut down industries if tightening is not stopped,” said Rehan, adding that the economy will change if the importance of industries is not realised, especially in these times of crisis.

Last week, Sindh government issued SOPs to be followed by the employees and business-concerns that are specifically permitted to operate during the COVID-19 pandemic.