Anaa Episode 10 Review: Saif has no interest in Daneen

Izza and Altamash's love story is now the talk of the town. 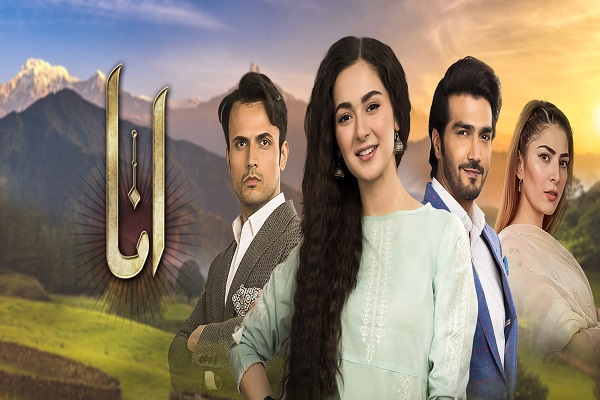 Anaa brings about a beautiful and very simple story that you enjoy. Samira Fazil has written down a feel good story that captivates the audience with its arrogant romance between Izza and Altamash and the hardships Daneen and Areesh are facing staying away from each other. Shehzad Kashmiri as the director has captured his shots beautifully and with a team of talented actors including Hania Aamir, Shehzad Sheikh and Usman Mukhtar in the lead, Anaa becomes a treat to watch.

This week’s episode begins when Daneen goes with Saif on her so called honeymoon trip. Well this is true that Saif cannot replace hos first wife with Daneen but he does not even consider Daneen at all. It is simply rude on Saif’s side when Daneen is trying hard to adjust with him and to forget Areesh. Areesh on the other hand is not ready to forget Daneen and accept Aania, he calls Daneen but Daneen pretends that she is extremely happy with Saif but when in real she is crying alone in the room.

Nazia on the other hand behaves like a wannabe, her attitude does not say that she belongs to such a big family. She even lies to people about her daughter’s degree and she is after a rich prospect for her like any middle class lady. She forcefully takes Izza at a Committee party where Altamash arrives too, coincidentally with a girl. He is surprised to find Izza there and they start chatting through text messages but everyone present there has noted this including Izza’s mother. Izza’s mother has informed her father about that guy and he has shown his disappointment to Izza and now Izza promises her father that she’ll steer clear of him.

Izza and Altamash’s love story is now the talk of the town and it is being scandalized so much so that even Dadi gets this news too. She is super annoyed on hearing this as she wants Altamsh to marry Nashwa and she has already pressurized Aania for that. Aania has discussed this with Altamash but Altamash snubs Aania for this stupid idea and he even advises her to leave her so called relationship with Areesh and come back to her own house. It seems like Altamash is now serious for Izza as he gets worried when Izza does not receive his call.

Saif is not just rude but he is very dominating and a chauvinist too. Alone, Daneen, is bored and frustrated in the hotel and therefore decides to step out. However, as narrow minded as he is, Saif snubs Daneen for stepping out of the hotel room without his permission and that too in jeans! It seems like poor Daneen is going to have a tough time with Saif. What do you guys think?

tweet
Share on FacebookShare on TwitterShare on PinterestShare on Reddit
Rameeza NasimApril 24, 2019
the authorRameeza Nasim
Rameeza Nasim, a Paralian, passionate about poetry, drama and fiction. By giving drama critiques I feel like I am endorsing the writer's message to the audiences, I love my job. Being a critic responsibility lies on my shoulders to point out the flaws and shortcomings of the play be it on writer's , performers or director's end . I did my Masters in English Literature and Linguistics .
All posts byRameeza Nasim