Alif Has All What it Takes to Become A Superhit! 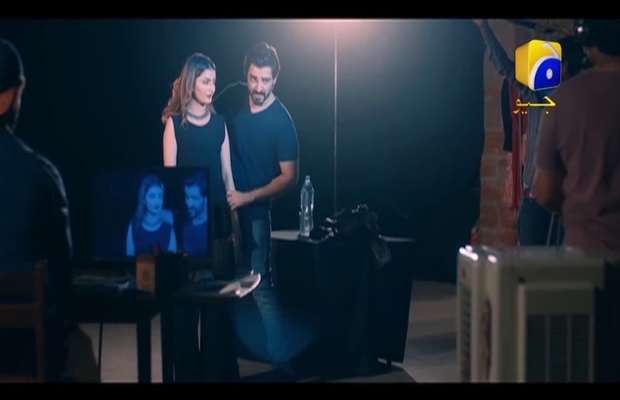 The much, much-awaited and hyped drama Alif has just released its first teasers, and if words can suffice we have to say we are beyond impressed!

With obviously a spectacular stellar cast on board, aced Haseeb Hasan at the director’s chair and phenomenal pen of Umera Ahmed – whose novel the drama is based on – what’s there to not love? The drama is packed with all the ingredients it takes to become a success recipe on our television, and in all honesty, Alif has a gone a notch further with its brilliant cinematography.

Presenting Hamza Ali Abbasi as Qalb e Momin, Sajal Ali as Momina Sultan, Ahsan Khan as Taha Abdul Ala, Kubra Khan as Husn e Jahan and Osman Khalid Butt as Faisal, Alif is studded with a star cast. Veteran actor Manzar Sabhai as Abdul Ala and Saleem Mairaj as Sultan are an additional punch the cast will feature in this mega project.

The first teaser gives a wonderful glimpse of Haseeb’s direction and cinematography that is capable of competing for a film. While the second teaser is packed with Umera Ahmed’s powerful dialogues alongside Hamza and Sajal’s outstanding acting. All in all the two teasers have proved the mettle of this drama and one can only up in terms of Alif’s success.

This drama will also mark the comeback of Umera on the television and we do not need to elaborate any further on the genius this writer’s pen has already produced. With hits like Zindagi Gulzar Hai, Maat, Durr e Shehwar, Alif is surely going to be another feather in Umera’s success hat.

A joint production of Samina Humayun Saeed, Sana Shahnawaz and Amjad Rasheed, Alif is said to go on air from October at Geo TV. Needless to say, we are already glued to the TV screen to watch this decade’s blockbuster drama.