Why drama has to normalise suicide? 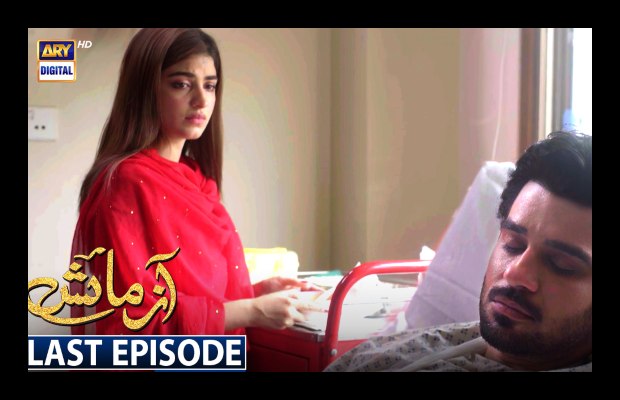 Azmaish, ARY Digital drama serial ended last night with its double-episode finale. Having more than 60 episodes the serial is more like a soap. The ending is a mixture of the happy yet very shocking and grieving end. Poetic Justice has been served but in a very ruthless way, bad ones are very severely punished and good ones are finally rewarded.

Although Nimra has not yet accepted Basit as her husband still she is defending Basit in front of Faisal and moreover she is not being rude to Basit if not friendly. Basit’s brother’s character is shown as a very noble and caring brother, he gets into the root of the cause when he finds out that his own wife is partying with Shiza he threatens to divorce her if she dares to repeat the same mistake.

Shiza learns from Faisal that Nimra is happy with her married life, it ignites a fire in Shiza, she is burning with envy. Shiza steals her security guard’s pistol and sets off to kill Nimra. When Nimra goes to Basit’s place he comes in front of Nimra saves her and gets a bullet on his arm. However by hitting a bullet on Basit Shiza somehow loses her sense and she is extremely nervous thinking that she had killed Basit.

Well, the play ends when Nimra attempts again to kill Nimra in front of all family members in Rohaan’s house. She out of nowhere decides to kill her own self. She brutally hits a bullet at her own neck and commits suicide. Again suicide is being so normalizing these days, particularly in Big Bang Productions like we have seen in Jalan and Ishq Hai now another suicide is shown. It has left a bad taste in the ending the playmaking it a bittersweet ending!

It would have been better if Nimra’s father would have shown begging forgiveness from Nimra before dying and Nimra would have forgiven her father but there is no such thing shown he dies very painfully in his bed with his disability due to his car accident. Faisal is again shown as a good character. Nimra whole heartily accepts Basit as her husband and they both are very happy in their married life. Fahad Shaikh has given brilliant performance and he is truly a crush material. Azmaish is all together is a good project despite few differences regarding its bittersweet ending.

tweet
Share on FacebookShare on TwitterShare on PinterestShare on Reddit
Rameeza NasimSeptember 18, 2021
the authorRameeza Nasim
Rameeza Nasim, a Paralian, passionate about poetry, drama and fiction. By giving drama critiques I feel like I am endorsing the writer's message to the audiences, I love my job. Being a critic responsibility lies on my shoulders to point out the flaws and shortcomings of the play be it on writer's , performers or director's end . I did my Masters in English Literature and Linguistics .
All posts byRameeza Nasim