Abeer charms boys with no investment of her emotions 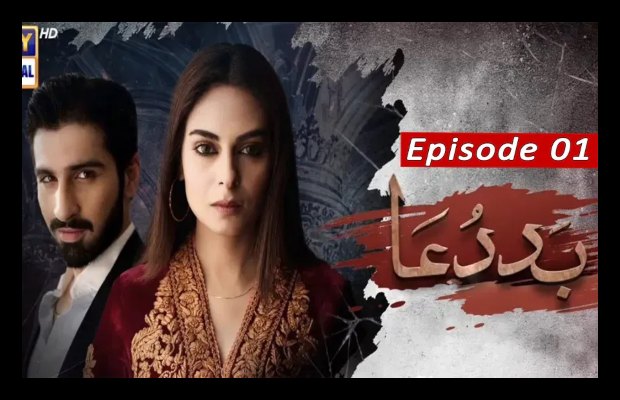 Baddua a newly started ARY Play is a story with a different narrative, it’s about a flirty girl Abeer (Amar Khan) who charms many boys with no emotional investments. It seems that it is her favorite pastime. The story of the play is written by Sameena Ijaz and is director by Ramish Rizvi. The cast of the play includes Amar Khan, Muneeb Butt, Maryam Noor, Osama Tahir, Samina Ahmed, Mehmood Aslam, Salma Hassan, Mohsin Abbas, and others.

The play begins with Abeer getting ready for her friend’s engagement. She is all set to go when her father has stopped her from going as her Dadi is in hospital her condition is not stable. It is established that Abeer is quite rebellious and outgoing, unlike her conservative family.

Apart from this one redeeming characteristic that Abeer never misbehaves with her dadi and father despite being so annoyed, the girl has no scruples. She is flirty and ambitious. She is habitual of charming boys with her beauty with no intentions of taking that relationship seriously. She is literally playing with the hearts and feelings of boys particularly of poor Mohsin (Mohsin Abbas)

Mohsin is very serious and sincere in love with Abeer who is just taking him very lightly. It is shown that because of her Mohsin breaks his childhood engagement with his cousin breaking the poor girl’s heart along with his own mother’s heart. However, on the other side, Abeer is ignoring him as she is now fed up with his clinging attitude and moreover she has set her eyes on another boy who is none other than her own best friend’s fiance Junaid (Muneeb Butt) so yes Abeer is such an unhinged character.

Abeer has made her mind to win Junaid when she lays her eyes on him for the first time, he likes him because he is classy unlike Mohsin and other boys she is flirting with. She gets his number by the trick and now she is sending him flirtatious messages well surprisingly Junaid has no scruples to being engaged to a girl he very conveniently gets into this relationship not telling the girl that he is engaged. Moreover, he calls her on a date lunch, and there she sees her and knows that she is his fiance’s best friend and still he has no issues with her. What a character! Mohsin sees Abeer having a lunch date with a boy it must be an eye-opener for him.

tweet
Share on FacebookShare on TwitterShare on PinterestShare on Reddit
Rameeza NasimSeptember 21, 2021
the authorRameeza Nasim
Rameeza Nasim, a Paralian, passionate about poetry, drama and fiction. By giving drama critiques I feel like I am endorsing the writer's message to the audiences, I love my job. Being a critic responsibility lies on my shoulders to point out the flaws and shortcomings of the play be it on writer's , performers or director's end . I did my Masters in English Literature and Linguistics .
All posts byRameeza Nasim