Mohsin's mother ill wishes Abeer that she will pay for her sins and she will never be happy. 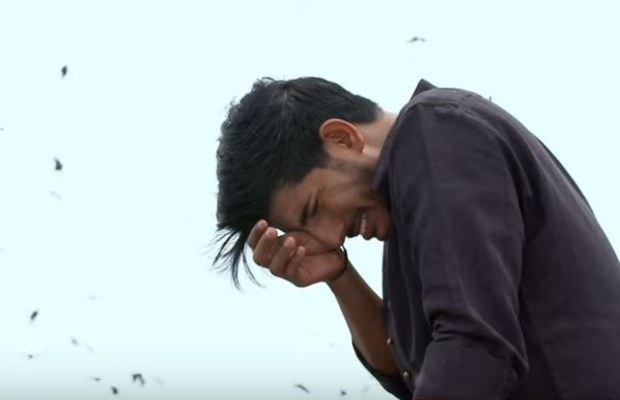 Baddua the drama serial airing at Ary Digital aired its second episode and the narrative of the story has been built. The entire plot of the story moves around Abeer (Amar Khan) and the ill wish (Baddua) she gets from Mohsin’s mother. In the previous episode, it has shown that Abeer is flirting with boys, and particularly with Mohsin (Mohsin Haider Rizvi), she is simply playing with his heart. In this episode, we have seen that Mohsin is heartbroken by Abeer’s refusal and he commits suicide.

Moshin is such a nincompoop that he breaks his sweet fiance’s heart just for Abeer. Abeer is continuously avoiding him but he is not reading these signs and signals, he is fancying that Abeer too loves him the way he loves her. Abeer’s fiance is too sweet she convinces Mohsin’s mother to take his proposal for Abeer.

Abeer and Mohsin have an argument over a date with Junaid (Muneeb Butt), which she covers in front of Mohsin as her cousin. Mohsin brings his mother to Abeer’s house for his proposal and there Mohsin’s mother tells them that Abeer and Moshin like each other. Abeer to Mohsin’s surprise tells her dadi that she does not like this boy he is a loafer. Later she says on his face says that she will not marry him when Mohsin tries to remind her of the promises she made, she slaps hard on his face.

Mohsin after getting a reality check is really heartbroken, her mother knows that he wont to be okay but he insists that he wants to go on a drive. Abeer’s harsh words are still echoing in his head all the way and he simply cannot stand this insult. He takes his own life by jumping from the Bridge. Well, young people do commit suicide in passion but why it is so normalize through our dramas?

Abeer’s family after Mohsin’s proposal’s scene has already imposed restrictions on Abeer she is not allowed to attend her University on top of that Mohsin’s mother makes an entry into the house in presence of her father and there she starts cursing Abeer blaming her for her son’s death. Everyone is shocked including Abeer. Mohsin’s mother ill wishes (Baddua) Abeer that she will pay for her sins and she will never be happy. Everyone in the house is terrified except Abeer she is the least bothered, all she cares is about Junaid.

Abeer is really a mean girl.

tweet
Share on FacebookShare on TwitterShare on PinterestShare on Reddit
Rameeza NasimSeptember 28, 2021
the authorRameeza Nasim
Rameeza Nasim, a Paralian, passionate about poetry, drama and fiction. By giving drama critiques I feel like I am endorsing the writer's message to the audiences, I love my job. Being a critic responsibility lies on my shoulders to point out the flaws and shortcomings of the play be it on writer's , performers or director's end . I did my Masters in English Literature and Linguistics .
All posts byRameeza Nasim