Baddua Episode-22 Review: Abeer is using Nazish against her weakness

Junaid catches Abeer having a date with Umair 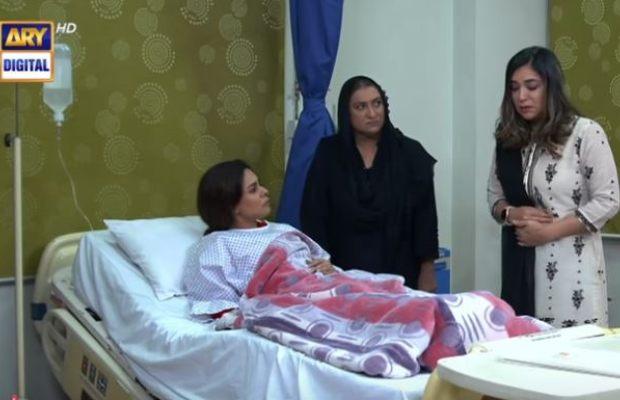 ARY Digital drama serial Baddua is 22 episodes down, having a very problematic protagonist Abeer who seems not at all redeemable. In the previous episode, Abeer lost her child when Nazish pushes her. Nazish’s intentions were not to hurt her. In this episode, Abeer is using Nazish’s weakness in her favor and she is trying to blackmail her.

Abeer lost her child and we are not feeling any sort of sympathy towards her in fact we are evilly happy because Abeer has malicious thoughts of using this child in her favor and she is dreaming to control Junaid through her child. However, after losing the baby all such dreams of Abeer have been shattered.

Nazish Bhabi is in real trouble because unintentionally she is the one who has become the cause of Abeer’s miscarriage. She is worrying that what will happen if the family will come to know that she is the one who has pushed Abeer. Nazish handles everyone by begging them including the doctor to forgive her as she has not intentionally done anything. She has controlled the doctor. Abeer is not in a mood to forgive her she says that she will tell everyone what she has done to her.

Nazish bahbi begs Abeer to forgive her as she never intentionally wanted to hurt her. She says that she will help her in clearing all misunderstandings between her and Junaid. Moreover, she says that if Junaid hears about her miscarriage he will immediately divorce her but she offers Abeer her help in hiding this news, and also she helps her in convincing Junaid not to divorce her. Abeer finds this is the only chance of her survival. Halima Buwa too endorses this idea by saying that Nazish is going to help her.

Abeer has realized that the only way to manipulate the situation is by controlling Nazish bhabi by blackmailing her all the time that she will tell the truth to the family. Abeer has got Nazish’s weakness and now she is after her telling her to go to Affan’s house to tell Mohsin’s mother to forgive her. Mohsin’s mother is resolute that she will never forgive her and why she should forgive her? Abeer has done so bad with her and still, she is planning to ruin Affan and Neelum’s happily married life. Abeer deserves punishment. Umair is after her resolute to ruin her he asks her to come on a date, Abeer goes to meet her and there Junaid catches her having a date with Umair.