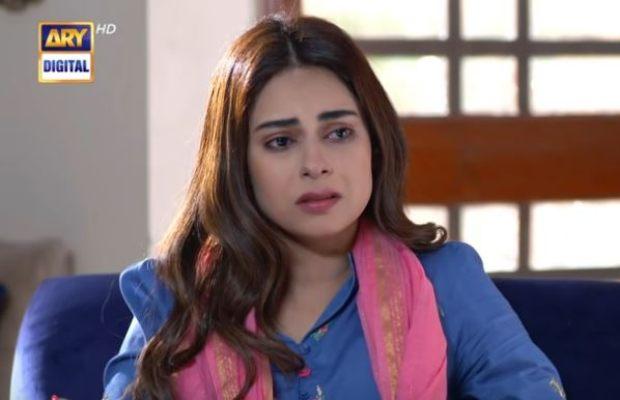 ARY Digital’s play Baddua is 24 episodes down, this episode is not that fast-paced like the previous one but the story has bit moved forward. Amar Khan and Muneeb Butt’s performances are really good in this episode. In the previous episode, we have seen that Karma hits Abeer and she gets divorced. In this episode, Abeer makes a wise decision of leaving Umair’s house and coming back to her home.

Abeer has made a huge blunder of living with Umair. As it is shown that Umair and his lecherous friends have evil intentions towards Abeer. They can do anything bad with her but Abeer is so naive that she is thinking of Umair as a good friend when Umair in real is trapping her. The moment when Umair’s friend enters the house gives us goosebumps.

Anyways Umair has not committed anything bad with Abeer yet, he is waiting for the right moment. He and his friends are planning to rape her? Well, it seems like that. Umair’s lecherous friend is the younger brother of the guy who is getting married to Falak. One wonders that because of that friend and Abeer, Falak’s marriage may get disturbed. Abeer takes a very wise decision of living Umair’s house and going back to her home.

Junaid is extremely angry with Abeer he thinks that she has aborted his child and it is also disturbing him that Abeer may have gone to Umair’s place if she has not gone home. Abeer’s mother is not making any sense her worry for her daughter is justified but she clearly knows her daughter’s nature and that she used to keep affairs then why does she refuse to believe that her daughter has wronged not Junaid and his family. It seems that it is Abeer’s blind faith in her daughter which has spoiled Abeer.

Abeer’s father is again making no sense at all. After hearing that Abeer is divorced and God knows where is she living? Being a father he is not worried in fact he is angry with her and still not ready to accept her? It looks so unreal no one disowns his daughter like that. Abeer takes a wise step of leaving Umair’s place and coming back to her own house. She cries her heart out to her mother and her mother suggests she live silently with her in the house, she says that she will hide Abeer in Falak’s room and his father will not know about her presence. Is it that simple?

tweet
Share on FacebookShare on TwitterShare on PinterestShare on Reddit
Rameeza NasimMarch 1, 2022
the authorRameeza Nasim
Rameeza Nasim, a Paralian, passionate about poetry, drama and fiction. By giving drama critiques I feel like I am endorsing the writer's message to the audiences, I love my job. Being a critic responsibility lies on my shoulders to point out the flaws and shortcomings of the play be it on writer's , performers or director's end . I did my Masters in English Literature and Linguistics .
All posts byRameeza Nasim