Falak's mother in law wants to call off wedding 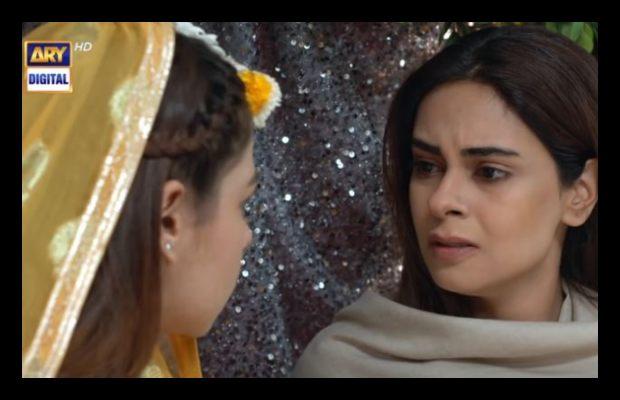 Baddua the drama serial airing at ARY Digital is yet another over-the-top play, everything is all over the place. Performances by the lead cast are good but a few supporting cast’s performances are lacking. In the previous episode, Abeer has confronted her father and misbehaved with him. In this episode she sneaks out of her room during Falak’s wedding function despite being forbidden not to come out of her room ends up spoiling Falak’s function.

Umair is playing with Abeer, he is fully aware of her nature and character. He wants to take his revenge on her. However, Abeer thinks of Umair as her good friend and she wants to use him in her favor. She tells Umair to bug Neelum and make calls to her posing as if he is her boyfriend Umair agrees to do whatever she is asking.

Neelum, Affan, and Mohsin’s mother are coincidentally at the same hotel having their dinner where Abeer is dating Umair. They leave the place after seeing her. Abeer is so vile that she has sneaked out of the house in the middle of Falak’s Mayon despite her mother’s strict instructions not to come out of her room. Umair agrees to help Abeer in bugging Nelum but he has no such plans he is clever enough not to drag himself in someone’s mess.

Abeer when returns from that date have the confidence to go back in the middle of the function to her room when Falak’s groom’s brother who happens to be Umair’s friend sees and recognizes Abeer. The way he calls her name is quite unnatural no one calls a girl in a family. Abeer’s father did the most inappropriate thing to tell them that she is their servant. Abeer calls her father Abbu ye kya keh rahay hain app? Falak’s mother in law to be leaves the function in the middle.

Umair’s friend tells his brother and mother about Abeer how characterless she is. Falak’s mother-in-law is angrier on Abeer’s father for lying about Abeer, she has made up her mind to call off the wedding. Falak’s fiance is still reluctant in making any decision he wants to talk with Abeer’s father but her mother is in no mood for a talk she is super angry. Well that Mamoo and his anger with the mother are not making any sense why would he be angry with her sister if Falak’s father has lied about Abeer. It seems that poor Falak’s wedding will be called off and the reason is Abeer and also her father who lied about Abeer.