Baddua Episode-29 Review: Abeer wants to teach Umair a lesson instead of reflecting & repenting on her own sins

Kamaran and Falak are happily married 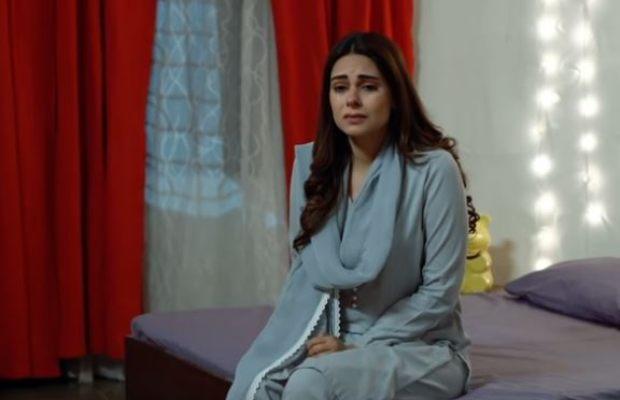 ARY Digital’s drama serial Baddua is 29 episodes down and still, we have not shown Abeer’s downfall. This episode totally belongs to Amar Khan for her brilliant performance. Abeer has started feeling remorse slightly as an incident forces her to reflect back on her life and past conduct. In the previous episode, we have seen that Kamaran’s mother agrees to Falak and his wedding.

Falak’s wedding day has arrived and everyone is busy in the festivities except Abeer. She is deprived of even attending her sister’s wedding and she truly deserves this kind of treatment. Abeer is not feeling any sort of guilt or sadness over not being able to attend her sister’s wedding in fact she is planning to call Umair at her place taking advantage of her parents.

What kind of a blunder Abeer does by calling Umair alone at her place! Her house has been locked up by her parents. She throws the second key to Umair and he comes over to her place. He takes her by trick to his own place. Abeer is such a nincompoop that she goes straight to the room not having the idea that she has been trapped by Umair. Umair shows his true self to Abeer he has plans to rape her as revenge for what she did to him. Abeer manages to dodge him and escape from the house.

Abeer is crying the whole way back to her house. She has been saved but that trauma has hit her hard and somehow she has started having regrets though not yet for what she has done with poor Mohsin. Mohsin’s mother’s unnecessary scenes where she is mourning her dead son and also ill-wishing for Abeer, she is asking Allah to punish Abeer for all her sins. Well one wonders can we fully blame Abeer for Mohsin’s death she had lead him on but his suicide was his own action.

Abeer cried her heart out recalling Junaid and her past life with him but still, she has not feel guilty over wronging Neelum or Mohsin. But then we see her begging forgiveness from her mother and she assures her that she will be a good daughter now on wards. The way the play is written is quite bland and the dialogues are poorly written. Falak and Kamaran are happily married. Kamran’s brother Jibran has not approved of his brother’s wedding he tried his best to convince his mother to cancel the wedding. In the end we have seen that still Abeer is all set to teach Umair a lesson instead of reflecting and repenting on her own sins.

tweet
Share on FacebookShare on TwitterShare on PinterestShare on Reddit
Rameeza NasimApril 5, 2022
the authorRameeza Nasim
Rameeza Nasim, a Paralian, passionate about poetry, drama and fiction. By giving drama critiques I feel like I am endorsing the writer's message to the audiences, I love my job. Being a critic responsibility lies on my shoulders to point out the flaws and shortcomings of the play be it on writer's , performers or director's end . I did my Masters in English Literature and Linguistics .
All posts byRameeza Nasim