Junaid himself is not making any sense if he does not like Abeer at all then why he is so persistent to marry her? 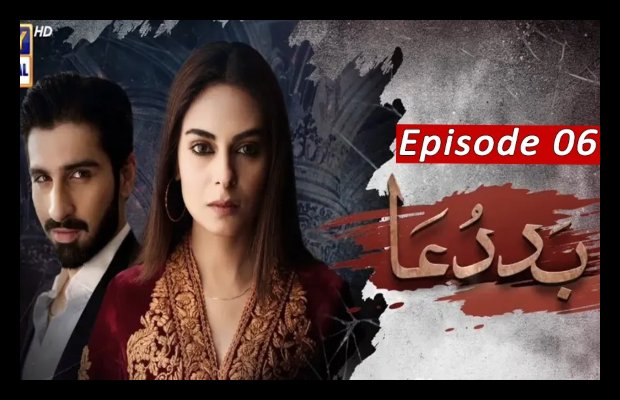 Baddua the drama serial airing at ARY Digital has become interesting though there is not much in the plot of the story. In the previous episode, we have seen that Junaid is persistent to marry Abeer. In this episode, we have shown that Abeer’s father wants to marry off Abeer in a very hasty and simple manner as he wants to get rid of her as soon as possible.

Abeer’s father has heartbroken by what Abeer has said to him, he does not want to live anymore on top of this whole chaos Junaid calls Abeer that he is bringing his family to her place. Abeer not for once thinks about the tension in the house in fact she is super excited to meet his family. She dressed up very fancily and is all set to welcome Junaid’s family.

Junaid’s family arrives, Abeer’s sister not knowing them still makes them sit in the drawing-room. Junaid’s family sits there for quite a time, unwelcome and unattended. Abeer’s father has realized that there is no way he can stop her daughter to marry where ever she wants so the best way is to get rid of her as soon as possible. Abeer’s father meets the family and when they ask Abeer’s hand he says that he wants to marry her off as soon as possible so he thinks it will be great if Nikkah happens the next day in a simple way. Surprisingly Junaid’s family does not create any issue on that and they agree.

Junaid himself is not making any sense if he does not like Abeer at all then why he is so persistent to marry her? Why he is taking a stand with his family and marrying her against their wish why? Neelum herself has taunted him that he deserves low-level girls like Abeer then why he wants to marry Abeer is certainly not making any sense at all. Abeer is over the moon on hearing that she is marrying Junaid not she worries that why she is being married in such a hasty manner?

tweet
Share on FacebookShare on TwitterShare on PinterestShare on Reddit
Rameeza NasimOctober 26, 2021
the authorRameeza Nasim
Rameeza Nasim, a Paralian, passionate about poetry, drama and fiction. By giving drama critiques I feel like I am endorsing the writer's message to the audiences, I love my job. Being a critic responsibility lies on my shoulders to point out the flaws and shortcomings of the play be it on writer's , performers or director's end . I did my Masters in English Literature and Linguistics .
All posts byRameeza Nasim