We have witnessed two avatars of Yumna in this episode. 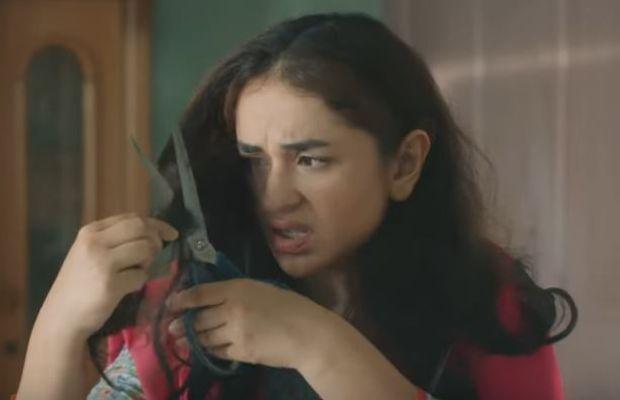 Bakhtawar of Hum TV seems like a female version of Parizaad. Bakhtawar’s life journey and her struggles are what this story is all about. Yumna Zaidi is such a fine actress that we already witnessed her acting prowess and as usual, she has been phenomenal here too. In the previous episode, we have seen that Bakhtawar’s life journey although it is tragic and depressing yet it is inspiring too. In this episode, it is shown that Bakhtawar has to go through a lot and as a result, she ends up giving up her identity.

Bakhtawar manages to get her bag back but loses her mother. The good thing about Bakhtawar’s character is that she is not naive or dumb. She is well aware of the dangers in society and she is always on her guards. She immediately realizes that the lecherous guy is trying to fool her.

It is such a moment of relief to see her united with her mother. One of the biggest blunders Bakhtawar and her mother does is that they go to their relative’s house, who has links with her mamu too. Bakhtawar is well read and educated but her academic excellence is not helping her in getting a job in any school as they do not prefer teachers from remote areas how unfortunate and unfair is this.

Bakhtawar starts her career as a bus hostess. Well, they have also shown the bus service name Faisal Movers. Here we get to know that how people treat poor hostesses shamelessly taking advantage of their helplessness. Bakhtawar here loses her cool and slaps a guy who is behaving inappropriately with her. Here we get to see another hostess who lost her life because she dares to say no to her boss. Poor Bakhtawar witnesses all this she is left with no choice but to quit this job.

Bakhtawar with her mother leaves the place where she lives because she heard them saying that they will tell her Mamu about them. Bakhtawar takes her mother to a place for rent and here we see Saqib Sameer as a pious Landlord who says that he does not deal with ladies. Bakhtawar lies that she has a brother. Bakhtawar has realized that she is left with no choice but to give up her gender identity. Bakhtawar cuts all her beautiful hair and dressed up as a boy! Well by merely cutting her hair and dressing up as a boy will she be able to fool the world? Do you find this part of Bakhtawar convincing?

tweet
Share on FacebookShare on TwitterShare on PinterestShare on Reddit
Rameeza NasimJuly 25, 2022
the authorRameeza Nasim
Rameeza Nasim, a Paralian, passionate about poetry, drama and fiction. By giving drama critiques I feel like I am endorsing the writer's message to the audiences, I love my job. Being a critic responsibility lies on my shoulders to point out the flaws and shortcomings of the play be it on writer's , performers or director's end . I did my Masters in English Literature and Linguistics .
All posts byRameeza Nasim