Bakhtawar Episode-7 Review: Will Bakhtawar’s identity be exposed after her mother met an accident 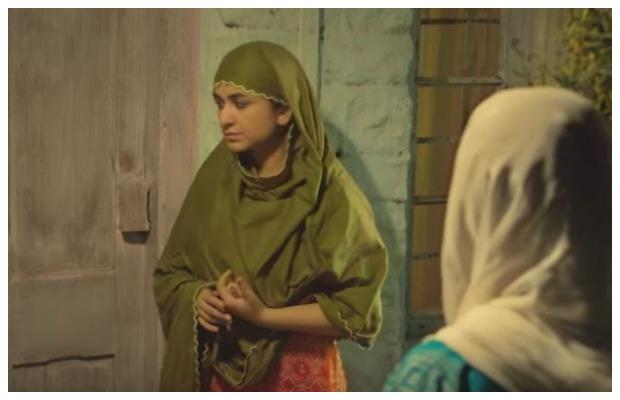 Bakhtawar Episode-7 Review – Bakhtawar the drama serial airing on Hum TV is one of our most awaited Weekend Watch. This episode in particular is quite dragged. Performances are incredible, particularly of Yumna Zaidi, her phenomenal performance is what makes this show super engaging. In the previous episode, we have seen that Bakhtoo gets heartbroken when he hears about her boss Malik Dilawar and Hooriya’s engagement news. In this episode, it is shown that Bakhtawar’s mother meets an accident.

The opening scene of this episode is quite intense where Bakhtoo accepts Sheroo’s offer of a cigarette and starts smoking. Well, Bakhtoo’s smoking is a kind of escape of her from all her hardships and struggles and maybe from the recent heartbreak. However, her misbehaving later with her mother is not making any sense and it is the least we could expect from Bakhtawar.

Bakhtawar redeems herself the moment she starts regretting her conduct with her mother. She tries her best to seek her forgiveness. Well, I don’t understand her mother’s demand of leaving the job. Doesn’t she realize that Bakhtawar’s earnings are very important for their survival and when she has finally got a decent job so why does she want her to leave the job? Bakahtawar honoring her mother’s wish goes on an announced leave where she does not care to even inform her boss.

Well wondering why Bakhtawar has not cared to even inform her boss about her leave. Why maybe she is so hurt and heartbroken that she does not want to talk with him? Later she tries to call him but Hooriya picks up his phone and she gets inquisitive when Bakhtoo drops the call. Meanwhile, Molvi Sahab calls Bakhatawar telling her that her mother has met a road accident and is lying injured on the road. Molvi Sahab and Sheroo help Bakhtawar in getting her mother in the ambulance.

Well Sheroo gets the chance to win Bakhatawar’s heart. He instantly arranges for the money in the hospital. Bakhtawar is reluctant to accept money from him but she has left with no choice but to accept his money. Sheroo even offers her to have Zinger Burger and Pepsi which she declines and goes home in a rickshaw. Sheroo very vigilantly follows Bakhtawar to the house where he sees Bakhtoo coming out of the house and locking the door. The devilish instincts in Sheroo get activated and he is all set to break the lock and enters the house. Well wondering if Shero’s entry into the house might expose Bakhatawar and Bakhtoo’s reality.

tweet
Share on FacebookShare on TwitterShare on PinterestShare on Reddit
Rameeza NasimAugust 29, 2022
the authorRameeza Nasim
Rameeza Nasim, a Paralian, passionate about poetry, drama and fiction. By giving drama critiques I feel like I am endorsing the writer's message to the audiences, I love my job. Being a critic responsibility lies on my shoulders to point out the flaws and shortcomings of the play be it on writer's , performers or director's end . I did my Masters in English Literature and Linguistics .
All posts byRameeza Nasim