Balaa Episode 33 and 34 Review: Taimur realizes that he has wronged his mother by leaving her alone with Nigar!

It seems like no one can save Shama from Nigar's wrath 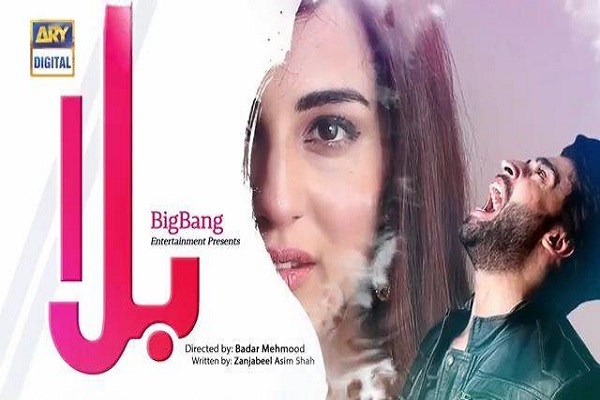 Another intense episode of Balaa on aired yesterday, the play is becoming more and more depressing but it seems like climax is about to come. Bilal Abbas, Samina Peerzada and Ushna Shah including other cast members have given incredible performances in this play and for that the director Badar Mehmood deserves all appreciation and the writer Zanjabeel Asim Shah for crafting such intense characters. It is shown that the reality of Nigar and her plotting has been revealed to Junaid and he is in extreme shock.

It seems like Taimur has realized the nature of his wife and how vile she is. He is expecting that she is not taking good care of his mother. The interesting scene is when the cunning Nigar is lying to Taimur that she is taking good care of his mother and that she has just given her food, medicines and changed her dress. Taimur deep inside knows that she is lying but he very intelligently demands Nigar to do video call from her mother’s room so that he can see her and there her lie is caught, Shama is wearing Navy blue suit whereas Nigaar lies that she has changed her to an off white dress!

Shama spends most of her time in her own created delusional world mostly she keeps herself busy reciting Quraan and she regularly visits Saba’s place where Saba takes good care of her. Nigar cannot bear the fact that she loves Saba but her negative mind also expects bad. She thinks that she visits Saba so that she can marry Saba with Taimur and expresses her insecurities to her on which Shama smiles which has actually put her on fire and she clearly warns her that if Taimur will do such thing she will simply kill him. Shama has the heart to slap Nigar on this. And now it seems no one can save Shama from Nigar’s wrath. She is going to ruin her.

It is also shown that apparently a person who has gone through so much and whose life seems in shambles are always the most peaceful and content at heart. They are more close to their Creator and they have a very close connection to Allah, their prayers are never returned unanswered. A glimpse of which is shown in the maid and Shama scene where Shama prays for her marriage and it is soon answered. It seems like Shama’s soul is in complete peace and harmony with her Creator despite of the fact that she has gone through much.This peaceful attitude of Shama has also surprised Junaid and inspires him towards goodness.

This  realization has made Junaid turn a new leaf, he is completely changed person, he helps the maid gives her ample amount of money for marriage when Nigar is snubbing her, he gives all his property papers to Nigar ( Well I still wonder why he is doing that is it some kind of plotting as Nigaar do not deserve this at all) and he finally repents and admit his crime in front of the police.

The most brilliantly done scene was when Shama and Taimur were talking on a video call. I could not stop tears rolling down from my eyes. Bilal Abbas has simply out done his acting skills in this scene his expressions were simply brilliant. Ushna Shah and Samina Peerzada have also delivered commendable performances for Balaa; a drama you ought not miss.

tweet
Share on FacebookShare on TwitterShare on PinterestShare on Reddit
Rameeza NasimDecember 25, 2018
the authorRameeza Nasim
Rameeza Nasim, a Paralian, passionate about poetry, drama and fiction. By giving drama critiques I feel like I am endorsing the writer's message to the audiences, I love my job. Being a critic responsibility lies on my shoulders to point out the flaws and shortcomings of the play be it on writer's , performers or director's end . I did my Masters in English Literature and Linguistics .
All posts byRameeza Nasim