Balaa Episode 5 and 6 Review : Nigaar is the real Balaa!

Nigaar and his father has ruined Zeba's life 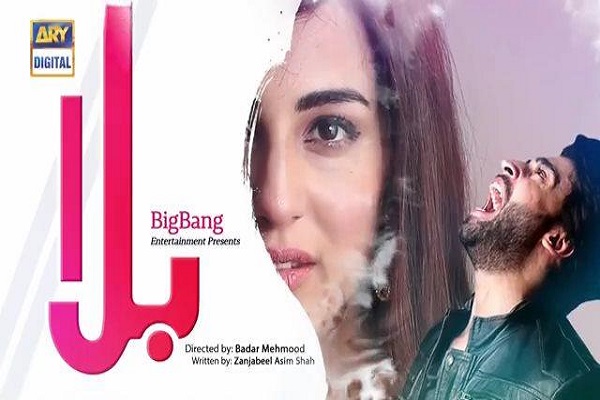 Two more combined episodes of this intense drama serial Balaa, went on-air on ARY Digital last night,  which is a story that revolves around Pride, Persistence and Obsession. Ushna Shah, Samina Peerzada, Bilal Abbas and Sajjid Hassan have given brilliant performances in this play. The story and especially the character of Nigaar are well crafted by the writer Zanjabeel Asim Shah and  well executed by the director Badar Mehmood. The story has taken many turns in these episodes.

Zeba is getting flirty messages, she has complained about it to her husband, but he is doubting on her and he has started attacking his character. Poor Zeba has given her cell to her husband. Initially, it seems like may be the servant of the house is involve in this but No! It is  the father of Junaid and Nigaar herself, who is plotting all against Zeba so that Junaid would  divorce her. It is Junaid’s father who is continuously seeding in his mind with Doubt and suspicion.

Well, it was like a proper plan to trap Zeba and make her guilty in the  eyes of Junaid and eventually he will be left with no other choice, but to divorce her. Zafar and Nigaar are so evil minded that they have hired  a person  who is sending all flirty messages and calls to Zeba, Moreover Nigaar orders Zeba to take a bath and wear the suit which was a shocking pink fancy dress. Then when she went to the bathroom, Zeba went out  for salon and that guy sneakes into their house, right into her bedroom. On the other side Zafar with proper planning takes Junaid to home and he sees that strange guy in his room and Zeba enters in the room too with fancy dress and wet hair. Junaid gets mad and he leaves the place.

Zeba  knows well  who is the master planner behind all this and  she has expressed her disgust against  Zafar that she  knows it is a planned trap against her and both he and Nigaar is involved in it, she threatens them she will  tell all this to Junaid. On which Nigaar reminds her that when Junaid takes her complains that serious. Well it is rarely seen that a negative character who is such a pure evil is being shown as a protagonist of the play! Well, I really feel sorry for the poor Zeb, Nigaar has ruined her life completely.

Well, Taimur is all set for his Nikkah and he is just controlling his exuberant self, Everything is going well. Nigaar is posing that she is super happy and is their well wisher. Well in previous scenes we have seen that she had a little talk with Saba  as well where she pretends that she loves Taimur but she is still wishing her well. Nigaar is portrayed as a hypocrite, who apparently seems sweet but deep inside she is full of venom. Well, Saba has been shown as the most selfish and self centered girl who not for a single second thought about her poor mother and elopes at her wedding night with a note saying ‘Sorry’. Well,  one wonders if  Nigaar is also  behind this ? She was seen talking Saba to her lover and Nigaar was also asking  for Rs10 lacs from his father, but for what purpose? Well, do watch the next episodes to Know what will happen next.

tweet
Share on FacebookShare on TwitterShare on PinterestShare on Reddit
Rameeza NasimSeptember 18, 2018
the authorRameeza Nasim
Rameeza Nasim, a Paralian, passionate about poetry, drama and fiction. By giving drama critiques I feel like I am endorsing the writer's message to the audiences, I love my job. Being a critic responsibility lies on my shoulders to point out the flaws and shortcomings of the play be it on writer's , performers or director's end . I did my Masters in English Literature and Linguistics .
All posts byRameeza Nasim