Bandhay Ek Dour Se Episode 22 Review: Maheen is taking all blame on herself

Omar has no guilt, he feels like he is free to marry Roshini 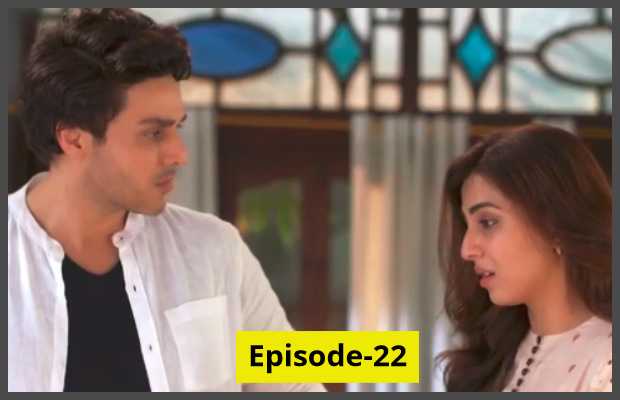 GEO Entertainment’s light heart drama serial Bandhay Ek Dour Se is now getting intense and Thank God the story is bit moved. In the previous episode, we have seen that Maheen leaves Omar for good but we are expecting her to be a little positive and bold but no she continues to be a doormat. She tells Omar that she will take all blame on herself. Ushna Shah and Ahsan Khan’s performances were simply brilliant but what we really enjoy is Saba Faisal and Samina Ahmed’s scenes together.

The episode begins when Maheen tells Omar that she is leaving him forever, instead of feeling a little sad for Maheen as she is also his best friend and cousin, he starts snubbing her for leaving him like that, he will be in great trouble because of her. Maheen assures him that she will take all blame on herself and for that he does not have to worry. Why? Why she is being used that much? Why she is taking her family’s criticism on herself? For that Omar, who does not even care for her.

Omar feels like he is a free man now, the first thing he does is, he calls Roshini and imparts this good news to her and asks her to meet him as soon as possible. Roshini who is already anticipating all this agrees to meet him. However she very artfully creates a melodrama in front of Omar that she is feeling very sorry for Maheen and also that how thankless is Maheen to leave him like that, how is it possible that she does not fall in love with him.

Maheen is expecting that her brother will take her in generously but to her disappointment, he tells her that how can he accept her when she leaves her house on small issues. Without even hearing her side her family has decided that her issue is so small. Maheen’s mother is thinking that Maheen is having a problem with Omar’s mother, she calls her and snubs her for not keeping her daughter well.

Well, Omar’s family who not yet know about all this scene are all startled with Maheen leaving the house like that. However Omar’s father has got the idea that there must be some big issue going and it is not because of Maheen, Omar is hiding something from them. The funny scene is when Omar’s dadi says that she has never heard any sound of argument from Omar and Maheen’s room and then she compares it with Mansoor and his wife’s fights. Will Maheen really going to face Omar’s family and will she able to resist their love and apologies when they will come to take her back?

tweet
Share on FacebookShare on TwitterShare on PinterestShare on Reddit
Rameeza NasimOctober 10, 2020
the authorRameeza Nasim
Rameeza Nasim, a Paralian, passionate about poetry, drama and fiction. By giving drama critiques I feel like I am endorsing the writer's message to the audiences, I love my job. Being a critic responsibility lies on my shoulders to point out the flaws and shortcomings of the play be it on writer's , performers or director's end . I did my Masters in English Literature and Linguistics .
All posts byRameeza Nasim