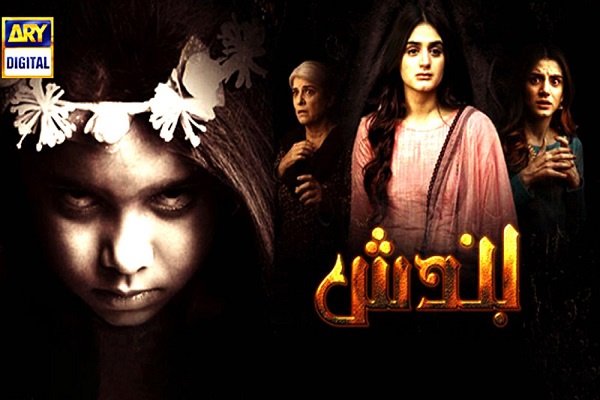 Bandish, day after day the drama is losing its charm. Firstly it has now been depicting Sumbul’s evil practices to be undefeatable for 20 episodes now and secondly there hasn’t been any significant development in the play other than Izhar dying.

In these episodes we saw how with the help of magic Sumbul is successful in attracting Sania to her den and has brainwashed her against her mother and Izhar! Well one wonders that Sania has not noticed the unusual vibes and setting of Sumbul’s den as any educated person would easily spot. However, since its a drama, it conveniently goes on without Sania realizing anything at all.

Sania now hates her own mother and is under Sumbul’s influence completely. Even Hania is moved to think about her mother involved in black magic. Sania moves out of her house to live with Sumbul and is now completely at her disposal to act as she wants.

Sumbul’s undefeatable black magic works its wonders on Izhar as well and despite his religious beliefs and his spiritual affiliation, he dies. It seems like it is nearly impossible for a common man to beat black magic and that it can even kill a person who has so strong affiliation with spirituality and is a regular practitioner!

Poor Madeeha is now really alone. Her last hope Izhaar, is now dead apparently there is nobody who can help her anymore. Moreover Hania and Aleena are too going against her mother and they said that they do not want to live with her and go alongside their father. Madeeha is all alone in her misery and no one is there to help her out.

Junaid thinks that Madeeha has been casting spells on him while Sandal also convinces him that she is doing black magic on their child! Although Junaid does not believe Sandal this but then Sandal’s report and complications making him believe that Madeeha is involved in such practices. Moreover Hania visits her father and shares her concerns with him that she thinks her mother is involved in magic practices. This might be under influence but it is suffice for Junaid to hate Madeeha more. It seems like Junaid is eventually going to divorce Madeeha and there is no one who can help her.

We like the suspense build up in Bandish but what we believe is that it has now gone on for a little long. Some refreshing episodes are needed to keep the audience hooked, especially something that can help Madeeha ease her plight. Mareena Khan and Iffat Omer’s incredible performances stay the highlight of each episode for now.

tweet
Share on FacebookShare on TwitterShare on PinterestShare on Reddit
Rameeza NasimMarch 27, 2019
the authorRameeza Nasim
Rameeza Nasim, a Paralian, passionate about poetry, drama and fiction. By giving drama critiques I feel like I am endorsing the writer's message to the audiences, I love my job. Being a critic responsibility lies on my shoulders to point out the flaws and shortcomings of the play be it on writer's , performers or director's end . I did my Masters in English Literature and Linguistics .
All posts byRameeza Nasim