Sabeen tells Irtiza that she is engaged in her family. 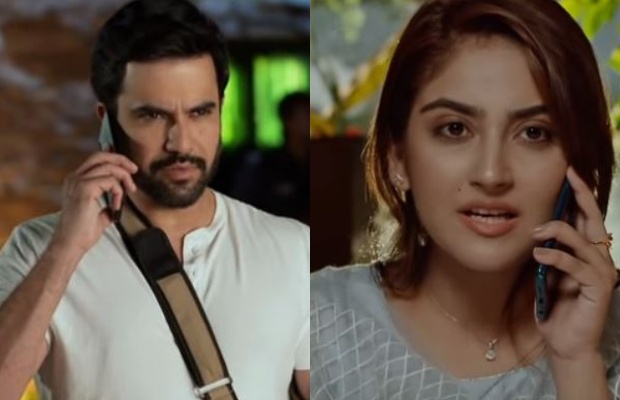 Berukhi the drama serial airing at ARY Digital has become one tedious play but it has an intriguing value. Performances are quite impressive in the play. In the previous episode we have seen that Irtiza snubs Sabeen for her hypocrisy and he is not ready to listen to her explanation. In this episode Irtiza apologizes but Sabeen tells him that he is mistaken she is not the girl whom he is engaged with, she is engaged somewhere else and will soon getting married.

Sabeen’s mother is worrying that why Mansoor has put the condition of naming the house papers after Sabeen, she says that she will talk with Mansoor, she will clearly tell him that she do not want any such kind of Haq Mehar for her daughter. According to her this does not guarantee a successful marriage but little she knows that Mansoor is being thoughtful in putting such condition.

Nazia and Maria are worried that the dates they have fixed for Sabeen’s nikkah clashes with Irtiza’s birthday which Maira does not want to miss at any cost. Despite of Mansoor’s refusal to attend his birthday Nazia and Maira are persistent that they will attend that event. Nazia asks Sabeen’s mother to change the date, she does what Nazia has asked she moves the date a day before the set date.

Nazia sends Maira to Kamaran’s place to tell him about the alternation of the date. Kamaran gets annoyed he says that he is not going to agree for Thursday, he asks what is wrong with Friday? Maira instead of sharing with him about Irtiza’s birthday hides this all fact and she fabricates a story that Sabeen’s mother has seen a dream that nikkah on Friday is going to be an ill omen for the groom. Eventually Kamaran agrees but he is surprised that why Maira is happy on changing the day? Well one wonders why Maria is hiding about Irtiza from her dearest Mammu?

Irtiza calls Sabeen and apologizes on his past behavior. Sabeen clearly tells him that he is sadly mistaken she is not the girl he is marrying, in fact she tells him that she is engaged in her family and her nikkah will take place within a week. Irtiza’s world turn upside down when he comes to know that Sabeen is not the girl Iyya Jaan has chosen for him. Irtiza gets anxious. Qasim tells Agha Jaan about Irtiza liking a girl, Agha Jaan says that he wants to meet this girl Sabeen!

tweet
Share on FacebookShare on TwitterShare on PinterestShare on Reddit
Rameeza NasimNovember 25, 2021
the authorRameeza Nasim
Rameeza Nasim, a Paralian, passionate about poetry, drama and fiction. By giving drama critiques I feel like I am endorsing the writer's message to the audiences, I love my job. Being a critic responsibility lies on my shoulders to point out the flaws and shortcomings of the play be it on writer's , performers or director's end . I did my Masters in English Literature and Linguistics .
All posts byRameeza Nasim