Berukhi Episode-16 Review: Sabeen’s life is in danger as Kamran planning to take his revenge 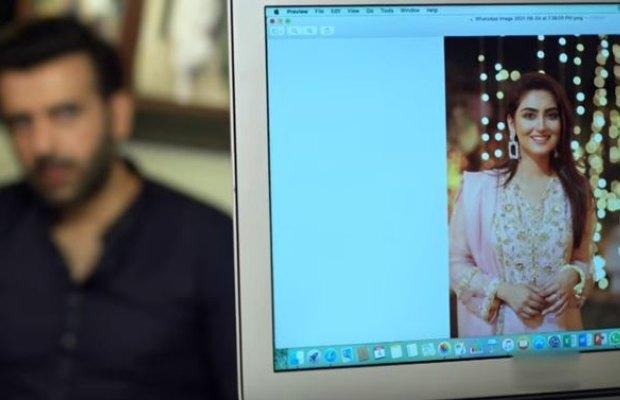 Berukhi the drama serial airing at ARY Digital is one of our guilty pleasure sorts of plays. Performances in the play are on point. In the previous episode, we have seen that Agha Jaan goes to Mansoor’s place and asks for Sabeen’s hand for Irtiza. In this episode, we get to know that Sabeen’s life is in danger as Kamran planning to take his revenge and Irtiza is mad to know that Agha Jaan has taken his proposal for Sabeen.

Sabeen has been introduced to Iyya Jaan by Irtiza. Iyya Jaan very lovingly embraces her and closely notices her then she has discussed her with Agha Jaan and the manager. Iyya Jaan has made up her mind that she will never let Irtiza marry Sabeen because Sabeen is a good girl and she does not want to see Irtiza happily settle in her life.

Sabeen’s life is in danger. Kamaran has given a task to his goon to kill Sabeen! He does not want to kidnap her he wants to kill her to take his revenge and moreover to make his niece happy. We are fearing for Sabeen’s life as it is really in danger. When Sabeen and her mother have already said no to Irtiza’s proposal then why Maira wants to see her dead? She is so vile!

Sabeen tells Irtiza that he has disappointed her by sending her proposal for her. Irtiza is shocked to hear about the proposal? Well, why Agha Jaan has kept it a secret from him. Poor Qasim Agha has to face the wrath of Irtiza. Irtiza is mad to know that he is kept in dark and he is also disappointed that his brother-like friend Qasim has shared his secrets with Agha Jaan. Irtzia very harshly treats Qasim he tells him not to call Irtiza. Poor Qasim is having tears in his eyes our heart goes out for the poor fellow.

Sabeen is kind right that if she accepts Irtiza’s proposal then Kamran’s accusing her of having an affair with Irtiza might seem true to people secondly how inappropriate it is to send a proposal for the other cousin in the same house. However vile Maira is not acknowledging that Sabeen has refused the proposal for her she is still insulting her. This time Nabeel loses his cool and he misbehaves with Maira and then with Nazia. This incident might lead to something bigger. Mansoor tells Agha Jaan that he has no issue with his proposal but Sabeen and her mother are not agreeing.

tweet
Share on FacebookShare on TwitterShare on PinterestShare on Reddit
Rameeza NasimDecember 30, 2021
the authorRameeza Nasim
Rameeza Nasim, a Paralian, passionate about poetry, drama and fiction. By giving drama critiques I feel like I am endorsing the writer's message to the audiences, I love my job. Being a critic responsibility lies on my shoulders to point out the flaws and shortcomings of the play be it on writer's , performers or director's end . I did my Masters in English Literature and Linguistics .
All posts byRameeza Nasim