Sabeen is attacked by Kamran but Irtiza saved her 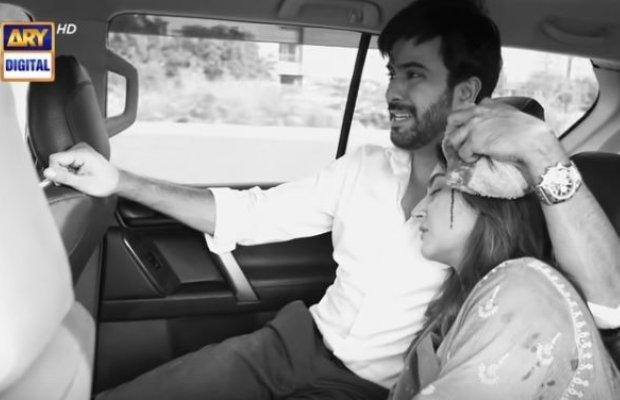 Berukhi the ARY Digital drama serial is now 18 episodes down. Hiba Bukhari and Junaid Khan have given powerful performances. In the previous episode, it was established that Sabeen’s life is in danger as Kamran wants to take his revenge. In this episode, Sabeen is attacked by Kamran’s hitman but Irtiza saves her. However; she is injured and is in a critical state.

Sabeen’s exams have finished and she is off to the orphanage house well one wonders after what she has gone through she still wants to go there. Nazish taunts her on going there so she can date Irtiza but despite her taunting, she still goes. Irtiza is also quite anxious to meet Sabeen, he is sure that she will come to the orphan house.

Maira is so vile that she has collaborated with her Mammu in killing Sabeen, she has told her Mammu that Sabeen has left the house. Maira is an equal partner in crime. Kamran has very dangerous intentions he has given his hitman a task to hit Sabeen by a truck so that there are no chances for her to survive but destiny has written something else, it’s not Sabeen’s time to die.

Iyya Jaan is not making any sense she never wants Irtiza to settle in his life happily because he hates him to bits but why she has become so irrational that she thinks that she can choose that maid for Irtiza. Hasn’t she got any idea that Agha Jaan will never let her do this! That super annoying maid has already started daydreaming about Irtiza. Nor for once she has thought about her position and place in the house and on top of that Iyya Jaan is encouraging her it is all quite a pathetic situation. How come Iyya Jaan thinking of marrying Irtiza with this maid girl?

Sabeen goes to the Orphanage house where she meets Irtiza by chance. She is trying to avoid him but he goes after her. On her way back that goon who was hired by Kamran also has grudges against Irtiza so he is happy that he will hit them both with his truck. However Irtiza sees the truck coming, he rushes quickly and pushes Sabeen. Sabeen falls on the ground and her head hits a side by stone and she gets critically injured. Irtiza takes her to the hospital he is feeling guilty because he is thinking that it was an attack on him, poor Sabeen gets hurt because of him.

tweet
Share on FacebookShare on TwitterShare on PinterestShare on Reddit
Rameeza NasimJanuary 13, 2022
the authorRameeza Nasim
Rameeza Nasim, a Paralian, passionate about poetry, drama and fiction. By giving drama critiques I feel like I am endorsing the writer's message to the audiences, I love my job. Being a critic responsibility lies on my shoulders to point out the flaws and shortcomings of the play be it on writer's , performers or director's end . I did my Masters in English Literature and Linguistics .
All posts byRameeza Nasim