Berukhi Episode-25 Review: Irtiza and Agha Qasim find out that Kamaran is behind the attack 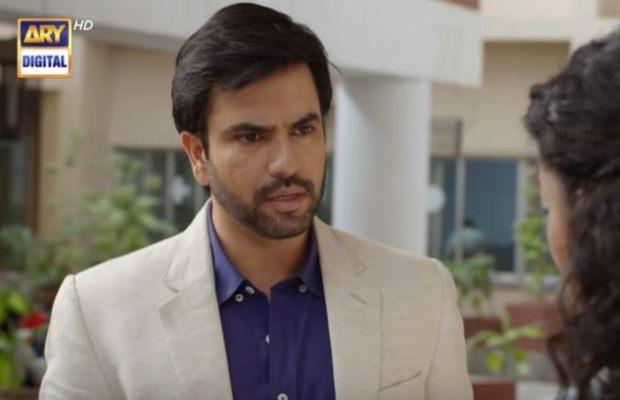 Berukhi ARY Digital drama serial is getting more and more intense but in a very bland way. Performances are good but it is the weak dialogues and loopholes in the story that makes it overall a weak play although despite all such flaws it is engaging. In the previous episode, we have seen Irtiza and Sabeen enjoying their marital bliss. In this episode, Nazish’s ugly reality is revealed to Mansoor by the housemaid.

Well out of nowhere the house help Asma shares with Mansoor what all that Nazish did to his elder brother when he came to their place to return those bangles. It looks so unreal for a mere house-help to have such courage and she is conveniently forgiven by the family. Her revelation has caused a heart attack on Mansoor still no one is exhibiting any wrath to such a weak target. This not at all seems believable.

Mansoor’s reaction is real, the pain he feels for his lost brother is true and the wrath he has shown on Nazish is so well in character. He is about to divorce her when he gets a cardiac arrest. Nazish’s character is not making any sense in one place it seems as if she is really ashamed of what she has done and in one place she is back to her ugly and vile self.

It is not shown that Nazish has not exerted any anger on Asma the girl who is the main reason for her doom but she is back spitting her venom on Sabeen’s mother instead of being a little ashamed of what she has done with her late husband. She still has the audacity to blame her and Sabeen for stealing Irtiza from Maira. Well, then when Sabeen gives her befitting reply she hears it very patiently which again is not going with her character.

Irtiza and Agha Qasim find out that Kamaran is behind the attack. The police are looking for Kamaran and they go straight to Mansoor’s house where Nazish rudely treats Irtiza and insults Sabeen’s mother but strangely on Irtiza’s reply she again shows patience. Sabeen’s mother’s reaction to Nazish is not as fierce as it should have been nor Nabeel’s or Sabeen’s. Sana tells Irtiza that her father is not going to bear that his brother-in-law is a criminal, is not making any sense at all. He is about to leave his wife why he would care and Irtiza is so stupid that he actually asks Police to hold their search for Kamaran? Weak script!

tweet
Share on FacebookShare on TwitterShare on PinterestShare on Reddit
Rameeza NasimMarch 3, 2022
the authorRameeza Nasim
Rameeza Nasim, a Paralian, passionate about poetry, drama and fiction. By giving drama critiques I feel like I am endorsing the writer's message to the audiences, I love my job. Being a critic responsibility lies on my shoulders to point out the flaws and shortcomings of the play be it on writer's , performers or director's end . I did my Masters in English Literature and Linguistics .
All posts byRameeza Nasim