Nabeel and Sana likes each other 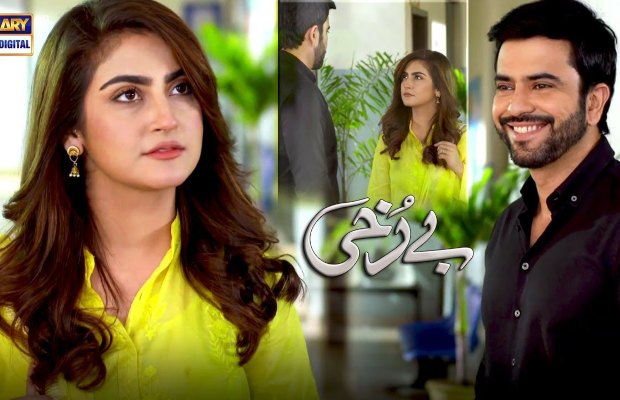 Nabeel is telling his mother to say no to Chacha about his proposal but Sana hears all this. He goes after her and there Sana confesses to him that she loves him on which he changes his mind and his heart softens for his cousin. He tells his mother not to say No to Sana’s father and as he too likes Sana so he is in an exceptionally good mood.

Sabeen is taking food for an orphanage that Nazia has sent for the orphans. There her path crosses with Irtiza Aali Baig but she does not know him, she mistakes him for the manager of the orphanage and starts talking with him accordingly. Later she finds that Irtiza is not the manager as the story is quite OTT so she insults Irtiza badly for fooling her which in reality he has not.

Well, Sabeen’s Chacha as good as he is shown cares for Sabeen like his own daughter. He tells his wife that he wants Kamaran to name his house property after Sabeen before marrying her as her Haq Mehar. Nazia is startled to hear this condition. However, she has not uttered anything as according to her Kamaran has much property that it won’t be a matter to worry about and affect him much. Nazia tries to convince her husband to cancel Sana and Nabeel’s engagement by lying that Sana is not happy with this proposal and she will never be happy with him.

Sana’s father does not say anything on the matter, he is contemplating it in his room. Maira tells Sana that her mother has successfully convinced her father that Nabeel will never keep you happy and moreover he has reservations about her marrying Nabeel as after marrying Irtiza their status going to be elevated. Well to be honest Maira does not seem as groomed as per her role. Sabeen is having afterthoughts of guilt for insulting a person for no reason. She might go to the orphanage to apologize for him thinking of him as an employee and on the other hand, Irtiza is also anxious to know about her. Maira has been selected by Aai Jaan so it is going to be an interesting Love trio.

tweet
Share on FacebookShare on TwitterShare on PinterestShare on Reddit
Rameeza NasimOctober 7, 2021
the authorRameeza Nasim
Rameeza Nasim, a Paralian, passionate about poetry, drama and fiction. By giving drama critiques I feel like I am endorsing the writer's message to the audiences, I love my job. Being a critic responsibility lies on my shoulders to point out the flaws and shortcomings of the play be it on writer's , performers or director's end . I did my Masters in English Literature and Linguistics .
All posts byRameeza Nasim