Big tension in the house 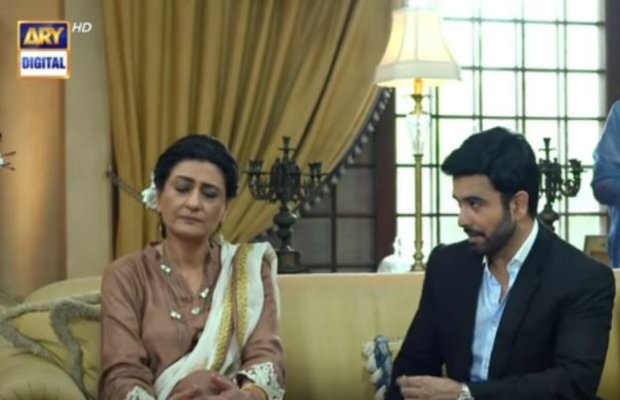 Berukhi the drama serial airing at ARY Digital has turned intense but at the same time, it’s tedious too. In the previous episode, it is shown that Irtiza has developed feelings for Sabeen and he has fallen in love with her. In this episode, we see that Irtiza is mistaken that the girl Ayya Jaan has chosen for him is Sabeen, he is over the moon.

Irtiza Aali Baig’s friend and the right-hand man tell him that the girl he meets at the Orphanage is the same girl Ayya Jaan has chosen for her as she is the daughter of Mansoor Ahmed. Irtiza is over the moon to hear this little he knows that his friend is mistaken. Irtiza likes Sabeen and he is more than happy to know that she is the girl he will going to marry.

Nabeel has bought a motorcycle with his own pocket money savings and he wants to celebrate his happiness with his sister and fiance. Sabeen suggests that he should take Sana first for a ride and also she deserves a treat. Nabeel takes Sana with him for a ride and Maira sees that. She makes a lot of hues and cries over this issue. Surprisingly Sana’s father is also angry with Nabeel one wonders why?

Mansoor calls Nabeel to his study to talk something in private with him, one wonders what he is talking with him? Well, Nazia and Maira take advantage of Mansoor’s absence and they insult Sabeen’s mother, Sana and Maira argue with each other on which Maira slaps hard on her face. Nazia starts blaming Sabeen’s mother for all this and she also curses her when Mansoor and Nabeel catch them. Nazia is shocked to see Mansoor. She tries hard to cover herself but Mansoor is not ready to listen to her.

Irtiza wants to tell Sabeen about his real identity. He wants that Sabeen should know about his reality before marriage poor Irtiza has no idea that actually Ayya Jaan has selected a vile girl Maira for him. He goes to the orphanage where he waits all long for Sabeen but Sabeen is stuck at home she has other issues to face, her mother has taken that insult to heart and she is sick, Sabeen is taking care of her mother. It is shown that Ayya Jaan goes to the same orphanage and meets Irtiza there a boy comes and tells Irtiza that “Sabeen Baaji aaj nahi aayeingi aap unka intezaar karrahay thay” Irtiza is embarrassed in front of Ayya Jaan. Ayya Jaan is wondering that who is Sabeen?

tweet
Share on FacebookShare on TwitterShare on PinterestShare on Reddit
Rameeza NasimOctober 28, 2021
the authorRameeza Nasim
Rameeza Nasim, a Paralian, passionate about poetry, drama and fiction. By giving drama critiques I feel like I am endorsing the writer's message to the audiences, I love my job. Being a critic responsibility lies on my shoulders to point out the flaws and shortcomings of the play be it on writer's , performers or director's end . I did my Masters in English Literature and Linguistics .
All posts byRameeza Nasim