Zulfi buries his mother without even informing his brother 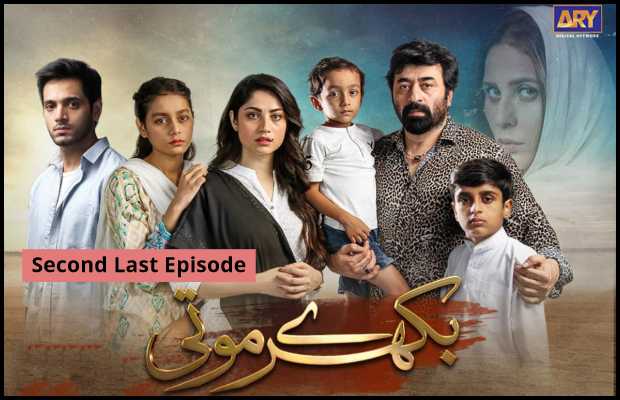 ARY Digital’s Bikhary Moti as we are already saying in the previous episode review is that it is giving the Last Episode feels. The story is moving fast towards its conclusion. This is the second last episode, in the previous episode we have seen that Janu’s rapist was arrested, and also Shezaadi’s case also gets solved as she gets a divorce from Ghulam. The play is very efficiently raised some serious issues about children’s rights awareness and domestic violence.

The episode begins when Aiza’s father comes to her place to seek her forgiveness. For the very first time Aiza sees this side of her father, he is feeling extremely guilty and crying over his sins. Aiza forgives her father but she is dropping him home on her way back she meets Ahad who once again proposes to her and gives her some time for considering him. Aiza is extremely disturbed by this.

Zulfi’s brother is suspecting that why his mother has not called him on reaching Karachi, he is calling Zulfi but he is not picking up his call, he finally calls Aiza and inquires about his mother’s whereabouts. Aiza tells him that she has not reached home. They look for her and get to know that she has died on the way. Zulfi procures her dead body and he without even waiting for his brother buries his mother in his brother’s absence.

Zulfi’s brother creates lots of fuss when he reaches home and he comes to know that Zulfi has hastily buried his mother without even informing him. He yells at his brother for not waiting for him, to which Zulfi says that he does not know him and he does not want to have any kind of relationship with him anymore. Zulfi’s brother starts blaming Aiza for this, he says that whatever Zulfi is doing is directed by Aiza, he starts cursing her and calling her names on which Zulfi loses his mind and he starts fighting for his wife.

Aiza’s mother also comes to meet Aiza but then she comes to know about her mother in law’s death. She tells Aiza to forgive her mother in law’s sins so that Allah will forgive her too on which Aiza taunts her mother that is it necessary that we can only forgive the dead ones why cannot we forgive the living ones referring to her father. Aiza’s mother meets her husband and he once again seeks her forgiveness and he promises to give her some memorable moments in their remaining life. This is one heart touching scene. 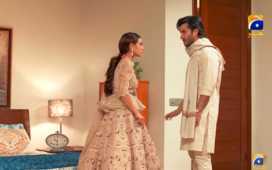 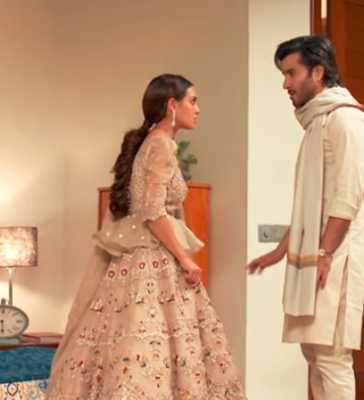