The treatment Janu and Shehzaadi are getting is very heart wrenching 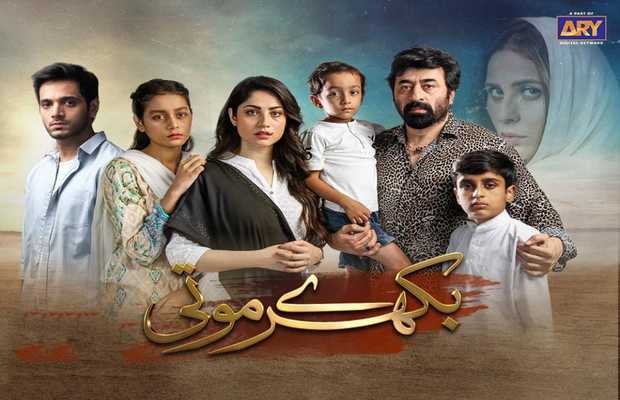 Bikhray Moti the drama serial airing on ARY Digital is raising a very important issue of basic child rights. The poor treatment given to Faiza’s children is breaking our hearts and it is making it very difficult for us to watch those scenes. The very thought, that in reality thousands of children are going through a similar kind of treatment is even more heartbreaking. And not forget, the children’s performances in this play are very sound.

Aiza and Ahad’s relationship seems impossible but it also feels like Ahad himself is the reason for worsening this situation, he could have handled it more reasonably but instead, he is being extremely emotional and restless. We fail to understand why he is such a hurry? he seems to be mad at his father for advising Aiza’s father to marry her off to Zulfi but he needed to handle this situation more wisely. Ahad tells Aiza that he has only one solution left and that is they should go for a court marriage.

Aiza is a brave heart and daring girl but she also cares for her father’s honor. She simply refuses Ahad that she cannot marry him like that in such a hasty manner. In fact, she tells him that they will both find a better solution to this problem and they will definitely going to find a way out. However, Aiza’s father is not acknowledging this fact that his daughter is taking care of his honor he gets mad at seeing Ahad at their place, and when he comes to know about the reason of his coming he slaps hard on Aiza’s face.

later we see that innocent  Shehzadi is forced to work at a house and even at her own house her grandmother treats her so badly. Aiza comes to meet her and her Dadi threatens her not to share anything with her Khala about her working as a maid. Shezaadi faints at her workplace and Aiza’s class fellow who happens to be her Sahab takes her to the hospital. Well, it seems that he is a better human than his mother who is snubbing him for helping the poor girl. Zulfi thinks that it is their responsibility to take care of Shezaadi as she works for them like he has no responsibility as a father. It seems that Zulfi secretly wants to marry Aiza, despite his mother forbidding him not to tell Aiza about Shezaadi’s condition, he keeps calling on her number which was switched off.

Janu seems to be more in a vulnerable position as his workplace is not at all an appropriate environment for any child. There is a high chance that Janu will become a victim of child abuse as some creepy man is eyeing him offering him chocolates and also offers him to watch a film with him which Janu very wisely refuses. Janu’s upbringing is very solid. The way he is trying to be friends with his cousin and the way his cousin wants to play with him but then his chachi’s intervenes scolding janu, is so heart wrenching.

Will Aiza be able to save Janu and Shezaadi from this harsh treatment and dangers of the society?