Bikhray Moti Ep-9 Review: Zulfi along with his brother sets a trap for Aiza so he can marry her

Ahad leaves his house to elope with Aiza 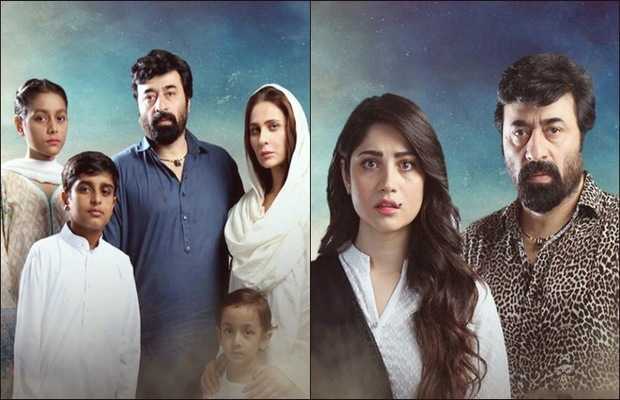 ARY Digital’s Bikhray Moti is a play highlighting the issue of children’s rights violation, a common social issue and it seems so disturbing that children in real-life face such similar issues.  Zulfi along with his brother sets a trap for Aiza so he can marry her. Yasir Nawaz, Naz Farooqi, Waseem Abbas, and Neelum Muneer are giving amazing performances in this play.

The episode begins when Ahad tells Aiza that he is going to accept Faiza’s kids along with her mother but Aiza’s father is all set to marry her off to Zulfi and for that, he has arranged her Nikkah in a hasty manner. On the other side, Zulfi’s mother is not ready to make Aiza her daughter in law her eyes are set on a proposal that is ready to give her a hefty amount of dowry. Zulfi’s mother’s greed seems not going to end.

Moreover, she is so cruel and heartless that she has agreed to marry off her innocent little Shehzaadi to an old man who is father of a daughter with whom she is marrying off her son. Zulfi on the other hand is dying to marry Aiza, he is not ready to think about any other girl which seems so cringy. He along with his brother plans a way to make his Nikkah with Aiza possible. Ahad on the other way has left his house to marry Aiza, he has left a note for her mother and he is waiting for her on the railway station.

It is still not making any sense to me that why Zulfi’s elder brother is so interested in Aiza and Zulfi’s marriage how will Aiza going to benefit him? Zulfi’s brother is so cruel that he leaves his nephew alone at Hyderabad just because he does not want to stop his work at his shop and we are fearing that the poor boy will meet some mishap. We are fearing for his safety. It is so strange that Zulfi has not inquired much about Janu nor he has wished that he should have brought him along with him so he can meet his son. Such an insensitive father, he is not fearing that how come his little son is living alone.

Zulfi sets a trap for Aiza so that she will agree to marry him. He calls Aiza and lets Shehzadi talk with her Khala asking her to help her out and save her from marrying an old man. Aiza becomes restless she immediately runs to Zulfi’s place and where she sees Shezaadi’s dadi counting money. She takes a stand for her niece and she is taking Shezaadi and Taimur with her when his father comes and slaps hard on her face. Her father is resolute about performing Aiza and Zulfi’s Nikkah immediately. Is Aiza going to save herself from marrying Zulfi or will she save Shezaadi?