Darma is based on perils of using social media! 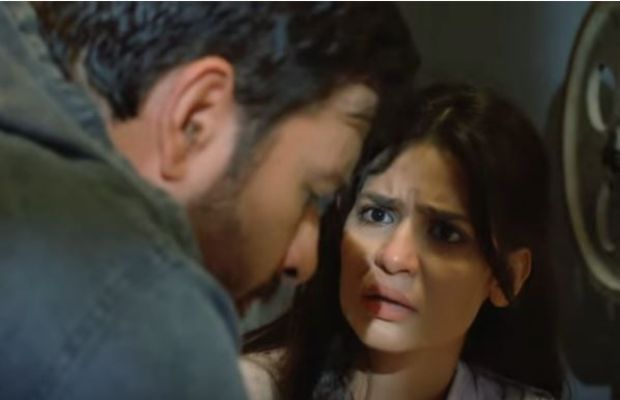 The 7th Sky Productions drama serial Chauraha is 7 episodes down. Weekly two new episodes are aired on Monday and Tuesday at 8.00 pm only at Geo Entertainment. It is penned by the veteran writer Edison Idrees Mashih who is known for his issue-based dramas and is directed by Aehsun Talish. It is produced by Abdullah Kadwani and Asad Qureshi. Chauraha features Mikaal Zulfiqar, Madiha Imam, Asad Siddiqui, Bushra Ansari, Behroze Subzwari, Saba Hameed, and others in lead roles.

Zoya played by Madiha Imam hails from a lower-middle-class family, she is an orphan and living with her mother Shireen (Saba Hameed), and aunt(Bushra Ansari). She seems to be a naive girl having inferiority complexes. She creates a fake persona of herself on Instagram and starts posting beautiful selfies and pictures posing as if she is having a fabulous lifestyle. Her neighbor Arsal (Asad Siddiqui) likes her very much and they are in a kind of relationship.

Junaid played by Mikaal Zulfiqar involved in a shady business of trapping girls. We are watching Mikaal Zulfiqar for the very first time in such a negative role. He creates fake IDs using female photos to trap girls and kidnaps them for ransom. He is shown to be sort of Robin Hood kind of a criminal as he is also helping people out with his money. He has his own backstory and that’s the reason why he has turned out to be such a monster? He is shown to be super protective of his own sister who is involved with a guy.

Junaid befriends Zoya on Instagram using a fake ID of a girl named Pretty Nida. Zoya is shown to be naive enough to trust it thinking that she is talking with a girl and she is so carelessly using social media throwing away so much about her details and whereabouts. The play is about the perils of using social media. The way she is adding her location on Insta and he gets right there gives us goosebumps. Junaid abducts Zoya for money but he has no idea that her mother (Saba Hameed) works in a factory to meet her ends.

Junaid is kind of a person with some work ethic. He is a kidnapper but not a rapist. He makes sure that the girls stay untouched. He also saves Zoya from getting assaulted. Well it certainly does not absolve him at all, he is a kidnapper and it is equally a big crime. Hoping that the makers of the serial won’t end up making him a hero. He then realizes that Zoya’s family is poor, and drops her safely to her place in his car. His father (Behroze Subzwari) has seen his car coming out of Shireen’s lane and he sort of suspects his son when he sees the same car parked in his house.

tweet
Share on FacebookShare on TwitterShare on PinterestShare on Reddit
Rameeza NasimJune 22, 2022
the authorRameeza Nasim
Rameeza Nasim, a Paralian, passionate about poetry, drama and fiction. By giving drama critiques I feel like I am endorsing the writer's message to the audiences, I love my job. Being a critic responsibility lies on my shoulders to point out the flaws and shortcomings of the play be it on writer's , performers or director's end . I did my Masters in English Literature and Linguistics .
All posts byRameeza Nasim