Chauraha Episode- 22 and 23 Review: Junaid is following Zoya wherever she goes!

Zoya once again came across Arsal at her new job 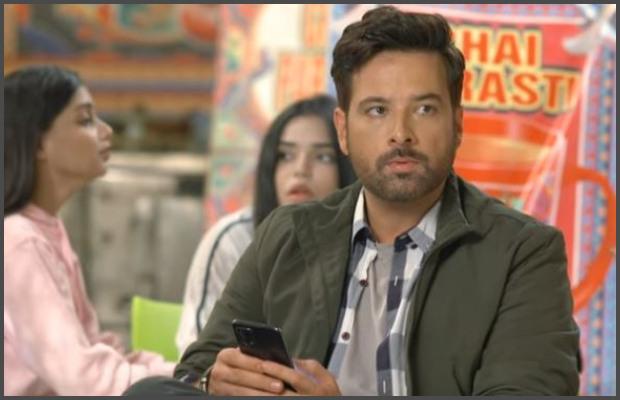 The 7th Sky Entertainment’s production drama serial Chauraha is a play with a unique plot line. Performances are brilliant, particularly of Mikaal Zulfiqar and Madiha Imam. In the previous episode, we have seen that Zoya is standing up for her own self and she is giving Shutup calls wherever it is needed. In this episode, it is shown that Zoya finds a job in the same office where Arsal works. Junaid follows Zoya where ever she goes.

Zoya creates a scene in front of Saleem Sahab, she is rightly asking for her mother’s rights but her way maybe not be right. However, Saleem Sahab reacted very unreasonably to it he has disappointed us the most. He is supposed to protect her wife but he fails to do that Naila and her khala are free to call her names and he will do nothing to stop them.

Sikandar tells her mother that he does not want to marry Naila, he says he is interested in marrying Zoya. Naila’s khala bubbles up with fury on hearing that. She goes straight away to Shireen’s place and starts calling her names. Further, she tells her that her son is saying that he wants to marry Zoya, not Naila. Naila hears all this and she gets hurt well we as an audience get satisfied to see Naila getting upset. She deserves it after what she has done with Zoya and her mother.

Zoya very confidently replies to Naila’s khala that she should ask her son why he is naming her instead of asking her. Sikandar comes to ask Zoya why she is saying no to him, she gives him a befitting reply but he is still hounding her when Junaid intervenes. Well, Zoya is being rude to Junaid as well and Sikandar gets satisfied that she is also not interested in Junaid as well.

Junaid follows Zoya wherever she goes. Zoya goes to an office where she is successful in landing a job but later she comes to know that Arsal works in the same office. Zoya is thinking to quit this job but Arsal convinces her not to refuse this job and also ensures her that he is not going to disturb her. Junaid is following Zoya and I think he already knows Arsal as he has already seen him before when he used to stalk Zoya before abducting her. Arsal drops her home which will create waves as Naila has seen her coming in the car. Junaid’s group guys are now demanding his share of the money but little do they know that he has given it to charity. Junaid will be in a greater mess. Will he be successful in protecting Zoya?

tweet
Share on FacebookShare on TwitterShare on PinterestShare on Reddit
Rameeza NasimAugust 24, 2022
the authorRameeza Nasim
Rameeza Nasim, a Paralian, passionate about poetry, drama and fiction. By giving drama critiques I feel like I am endorsing the writer's message to the audiences, I love my job. Being a critic responsibility lies on my shoulders to point out the flaws and shortcomings of the play be it on writer's , performers or director's end . I did my Masters in English Literature and Linguistics .
All posts byRameeza Nasim