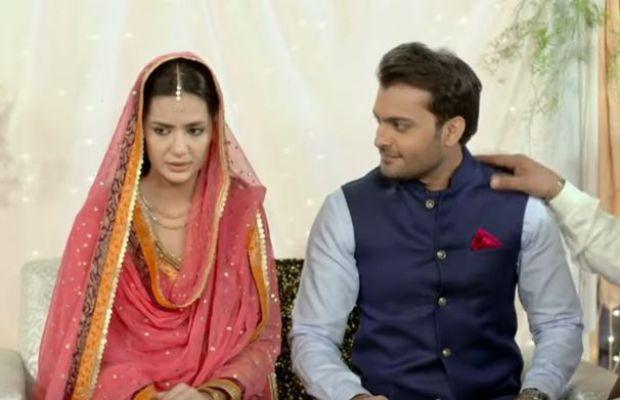 Chauraha Episode-28 and 29 Review – Chauraha the 7th Sky Entertainment production is getting more intense with every passing episode. As now the serial is 29 Episodes down, the performances are all on spot. Previously, we have seen Zoya’s mother saying yes to Arsal’s parents and Junaid is really upset about that. In the latest set of episodes, it is shown that Zoya and Arsal get engaged and their engagement function has been spoiled by Junaid’s ex-group members who barge into the house demanding money from Junaid.

Zoya and Arsal are getting engaged while Naila is also getting engaged with her cousin Sikandar at the same function. Everything is going smoothly when out of nowhere Junaid’s ex-group members barge into the place creating a lot of fuss and asking Junaid to give them their money back. Arsal and Sikandar also get involved. Arsal goes there and helped Junaid in shooing off those goons.

Later people are gossiping about this incident well I don’t understand why people are associating this event with Junaid’s sister. Naila is hurt to know her name is being used. She wants to call her fiance and clear the air but he is not picking up her call. Well, Sikandar is not making any sense when he says that he has been insulted and now he will only agree when Junaid will touch his feet and beg forgiveness from him. Absurd!

Zoya telling Junaid how he is feeling when his sister’s name is disgraced in that incident does not look cool at all, Naila is a girl, and using a girl’s name just to taunt him is not a nice thing. Arsal asks Zoya who are those goons does she know them? Zoya minds this question and tells him that it says that he does not trust her and if it’s true then he should rethink their relationship.

Junaid is after Zoya, despite Zoya’s taunts his heart still beats for her. When Zoya tells him that she will tell everyone about his sin. Junaid tells Zoya to tell everyone so he will get his punishment, further he tells her that he has tried to confess it to the Police but he has not been given the deserved punishment. Zoya is listening to all this and it seems that for the first time her heart has melted for him a bit. Zoya is getting second thoughts about her relationship with Arsal. Zoya is shown to be super sensitive and notices trivial things about her fiance.

tweet
Share on FacebookShare on TwitterShare on PinterestShare on Reddit
Rameeza NasimSeptember 15, 2022
the authorRameeza Nasim
Rameeza Nasim, a Paralian, passionate about poetry, drama and fiction. By giving drama critiques I feel like I am endorsing the writer's message to the audiences, I love my job. Being a critic responsibility lies on my shoulders to point out the flaws and shortcomings of the play be it on writer's , performers or director's end . I did my Masters in English Literature and Linguistics .
All posts byRameeza Nasim