Wajih's slanderous attempts have all failed 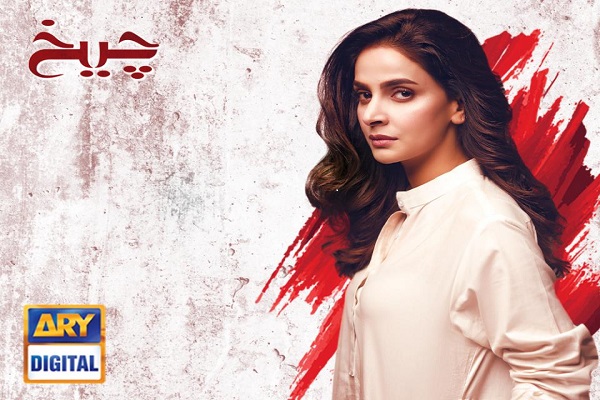 Cheekh made a place on our weekly must watch list when it started airing. Gradually the drama built suspense and momentum. Once the mystery was resolved, we wondered what would happen next, but even then, Cheekh has kept the audience hooked with its twists and turns. Even though everybody knows who murdered Nayab, people are now waiting anxiously to find out what Wajih’s end will be and whether Mannat will be able to get justice for her murdered friend Nayab.

We cannot get enough of Bilal Abbas and Saba Qamar’s amazing performance every week and now Emaad Irfani has joined the list as well. Zanjabeel Asim Shah has written a story that’ll shake you to the core. Cheekh has incidents that are now based on coincidence but everything in this story happens for a justified reason, all thanks to the amazing writer. Direction by Badar Mehmood also needs praise because some stupendous performances are in store for everyone who watches Cheekh.

The week’s episode begins when Shayan asks Mannat to leave the house and pack her stuff. Mannat thinks that Shayan has surrendered and agreed to what his family fed him against her. However, once Mannat is at her mother’s place, Shayan tells her that he’ll side with her and fight alongside her for the truth, washing away all allegations from her character.

Shayan does not stop here. In his support for Mannat, he confronts Wajih, slapping him across the face, offering the fact that Asad came to clarify his position to him. Coincidentally Haya overhears this conversation and it has somehow triggers her mind to think Asad might be right. She questions Wajih and in his bad mood, Wajih shouts on her to ask Yawar, who himself has no clue. It seems to Haya that she has made a huge mistake.

Shayan is a true gentleman he is now looking after for a job so that he can look after Mannat and can arrange accommodation too, in-spite of owning billions of business, he is doing all that just because he does not want to spend the money from the business which is run by his family.

On the other hand, Wajih has totally lost it and now vows to ruin Mannat. Yawar still has all support for Wajih and is now going against his own wife as well. One wonders what is Yawar’s issue that he is siding with the wrong with so much conviction.

Waji’s advocate visits Mannat at her house and his attitude seems very blunt and rude but Mannat faces him bravely. He openly challenges Mannat that she will lose the case but Mannat remain’s calm. Yawar and Wajih have now resorted to extortion. Nayab’s father has lost his job and Mannat’s mother is now receiving threats. What will happen now, is what we wait to find out in the next episode of Cheekh.

tweet
Share on FacebookShare on TwitterShare on PinterestShare on Reddit
Rameeza NasimApril 8, 2019
the authorRameeza Nasim
Rameeza Nasim, a Paralian, passionate about poetry, drama and fiction. By giving drama critiques I feel like I am endorsing the writer's message to the audiences, I love my job. Being a critic responsibility lies on my shoulders to point out the flaws and shortcomings of the play be it on writer's , performers or director's end . I did my Masters in English Literature and Linguistics .
All posts byRameeza Nasim