With "Wafa" you understand the motivations of each character 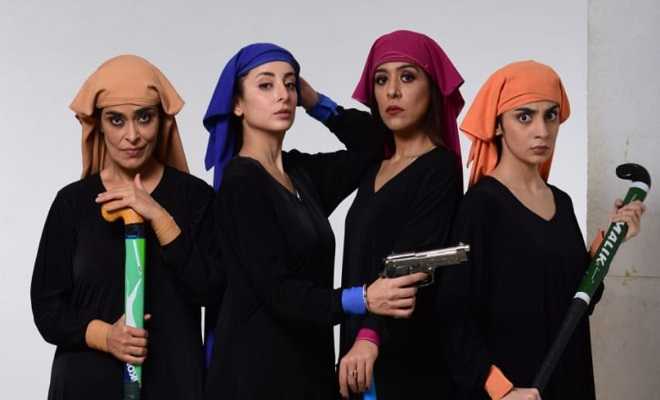 Well, we already know a little bit about these women from the trailer. But in the first episode titled “Wafa”, we are told about their motivations in life and what made them become Churails.

Interestingly, the story is being told as part of an investigation.

Sara (Sarwat Gilani), as the ring leader of sorts, has lived a seemingly fulfilling life. A loving husband, three obedient kids, and a credit card to buy whatever she may desire, this is the life pull ke is par as the saying goes. Her role is to support her man, Jameel Khan (Omair Rana) an aspiring politician. She does that aptly, raising her three children, charming donors to fund his campaign, and simply looking the part.

She is friends with Jugnu (Yasra Rizvi). A wedding planner, a socialite, and a heavy drinker. She is a smart thinker, and once had a thriving business. Marriage issues resulted in her falling off the cliff and now she blames homos for taking over the industry. Life personally and professionally is at a halt for Jugnu Chaudhry.

There is Batool (Nimra Bucha) an ex-con. After serving a sentence for murder, she has come out of jail. Life has passed her by largely. But as long as you breathe, you have to find ways to survive. She ends up at Jugnu’s house to work as a maid. Then there is the baby of the group Zubaida (Mehar Bano), a closet boxer. Living in a building that looks a bit like Al Azam Square, she is feisty, principled, and lusts over biceps and abs of Sham (Kashif Hussain) her boyfriend. Outside of the home, she takes her frustrations out on a boxing bag. While at home she is fighting a blackmailing brother and an overbearing father.

On a fateful night, Sara finds out that her husband is cheating on her. While Batool recuses Zubaida from her father. All end up at Jugnu’s place. Intoxicated and stoned, Sara is looking for revenge, justice, and meaning in life. This leads to Churails. A secret agency that will bring justice for women, rich and poor, she suggests.

The idea is a bit out there. Four Pakistan women, coming together to run an agency to hunt cheating men, sounds a bit farfetched. The director and writer Asim Abbasi knows that. Hence, Batool says “shayad sali wo charas the” about the whole plan. What makes the idea work is that these four women are at a standstill in life. Whatever rock bottom is in their respective social standing.

Sara has spent the past many years trying to build the perfect home, sacrificing herself. Hence, her fury and desire for revenge make sense. For Batool, there is nothing on the horizon. She is angry and wandering. It makes sense of her. Jugnu’s motivation is primarily money at this point. As for Zubaida, she needs to escape from her home and being young, she is the most passionate about changing the world.

“Wafa” as an episode sets up the foundation of the show decently. Sarwat Gilani has the duty to put forward and convince others of this crazy idea. An idea she isn’t sure about either yet. It’s fun to watch her allow some vulnerability and adventure. That is perhaps what it is for her at this point, a direction to work towards. Jugnu, on the other hand, has to be the voice of reason. She understands the urge for revenge. Yet is still sober enough to call the idea what it is, absurd. Zubaida and Batool are more than willing to follow the lead of their “bajis”. Social status at play here.

The background score used here and the cinematography by Mo Azmi really set the mood too. The narrative moves fast. With the art design, music and cinematography, you feel part of the experience. It also hints towards a more sinister and dark future for the girls.

“Wafa” – is in a way a continuation of the 1st trailer. You knew that a feminist movement is being kick-started. Wafa explains the reasons why these four women come together to break their shackles. A perfect set up.