Daasi Episode 3 Review: Bubbly Sunheri and all her mischievous activities to irritate Aael continue in this episode! 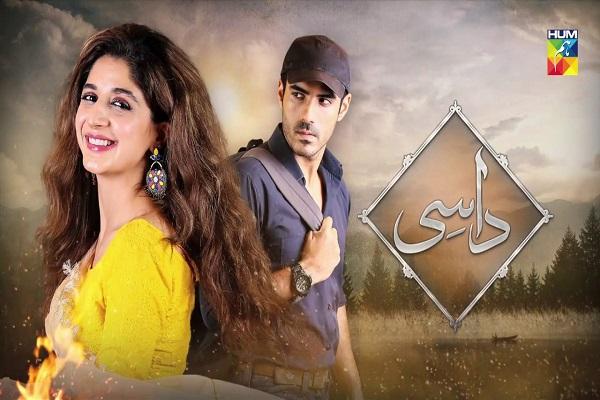 Daasi, the newly started drama serial has aired its third episode, the story has started to move a bit. The Ishq Tamasha famed writer Misbah Nousheen has penned an engaging content this time as well and it is well directed by Mohsin Talat. Mawra Hocane and Adeel Hussain onscreen chemistry look perfect. Bubbly Sunheri and all her mischievous activities to irritate Aael are continued in this episode too. However it seems that tragedy is about to hit the poor girl.

The episode begins with Sunheri attempting another prank to annoy Aael, this time she keeps burning chilies in his room. Well, it seems a bit unnatural and weird that a girl and mother who are living alone, first of all, keeps a young boy as a tenant and then this fearless girl is so annoying that she goes to his room in the middle of the night when he is sleeping! I mean there are some ethics, some decency it looks so unrealistic.

It seems like Aliya, Sunheri’s best friend is in head to toe in love with Aael. She makes his sketch and puts it under his pillow as if entering into a stranger’s room is not a big deal in this drama so far. Her growing interest in Aael might create trouble for Aael as his best friend Adil loves Aliya and also that now Aael agrees to work with Mujtaba. It might create a problem for Aael in both cases if he shows any interest in Sunheri then Mujtaba will create a problem for him as he himself takes great interest in Sunheri.

Sunheri in this episode for the first time expressed his version of love that whenever she will fell for someone, she will fell in love from head to heel, she will herself become love, she will surrender herself to that person, she will be entirely submissive just like a Dassi. What Sunheri portrays of love is exactly the opposite of Sunheri’s own character she is proud, self-centered and egoistic. Sunheri ideal portrayal of love is to transform herself , by crushing her ego and pride and to surrender in front of her lover.

Well, life of Sunheri is going carefree, even she gets tensed and feel embarrassed when she fails in her Maths paper and she gets very irritated to know that Aael is now going to teach her Maths. However it seems like that tragedy is about to hit that carefree happy go, lucky nature girl, when her mother has met an accident on road and she gets critically injured. Mujtaba is there on the spot and he takes her to the hospital.

tweet
Share on FacebookShare on TwitterShare on PinterestShare on Reddit
Rameeza NasimOctober 1, 2019
the authorRameeza Nasim
Rameeza Nasim, a Paralian, passionate about poetry, drama and fiction. By giving drama critiques I feel like I am endorsing the writer's message to the audiences, I love my job. Being a critic responsibility lies on my shoulders to point out the flaws and shortcomings of the play be it on writer's , performers or director's end . I did my Masters in English Literature and Linguistics .
All posts byRameeza Nasim