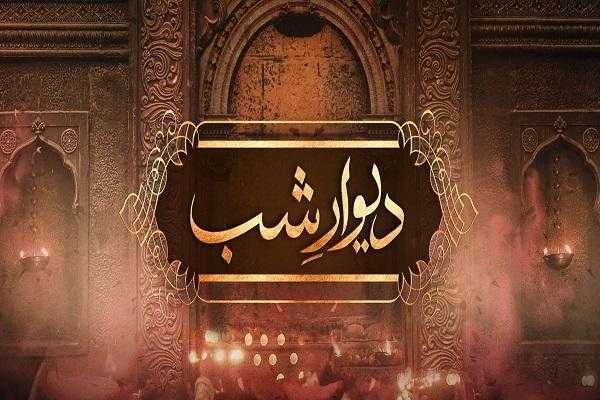 Deewar e Shab, the drama serial running on HUM TV is based on Aaliya Bukhari’s novel with the same title. The play is getting more intense as the story proceeds. In this episode, it seems that the history is going to repeat itself as Gaitee is not happy with her engagement and it seems like the struggles of Sitara Jahan are not going to over as Dildaar is tempting poor Gaitee to commit the same mistake which Feroza made.

Gaitee makes a lot of fuss about not marrying Bezaad, she clearly expresses her disgust over this relationship but Sitara Jahan and Nagina thinks that it is the best proposal Gaitee can ever have as Bezaad is rich and influential and he will going to take good care of her but Gaiti’s heart only beats for Salaar. Salaar, on the other hand, is worried as he cannot contact Gaitee and her family. Gaitee taunts her Nani for selling her to Bezaad on which Sitara Jahan tightly slaps on her face.

Police are cross-questioning Zartaaj, they clearly warn her to show up her husband otherwise they will find him, she has to call Nabeel who is busy spending his time flirting with Almaas. Almaas’s mother and her Nani are trying their best to cash him. He tries his best to make them believe that Zartaj is difficult to handle but he is eventually going to control and that he needs time for that but he is going to marry Almas. Well, Zartaj is not blindly trusting Nabeel as well she has an idea about his whereabouts too.

Rabia is taking great interest in Khayyam and it seems like Khayyam too likes her. Joya is struggling hard to live with her mother and she is the only one who stands at her father’s side while Javeria and Salman only care about their property share and they are fighting over it all the time not realizing the fact that their father is having a difficult time in prison. Maaz is keeping an eye on Joya’s whereabouts.

Maaz tells one of his students who happens to be Joya’s neighbor to take great care of Joya and her mother. Maaz visits Joya’s house but Joya is too rude with him, he tells her that he is feeling sorry for her and it is painful to see her suffer like that and moreover he asks her to visit their house and meet Dadi. Gaitee is too scared and hurt, her mother is also not talking with her and on top of that Dildaar tries to use this situation into her benefit she cannot see her sister’s happiness and out of jealousy, she starts tempting Gaitee the way she used to tempt Feroza by saying that she is going to help her in eloping with Salaar.

tweet
Share on FacebookShare on TwitterShare on PinterestShare on Reddit
Rameeza NasimJanuary 27, 2020
the authorRameeza Nasim
Rameeza Nasim, a Paralian, passionate about poetry, drama and fiction. By giving drama critiques I feel like I am endorsing the writer's message to the audiences, I love my job. Being a critic responsibility lies on my shoulders to point out the flaws and shortcomings of the play be it on writer's , performers or director's end . I did my Masters in English Literature and Linguistics .
All posts byRameeza Nasim