Khayyam is feeling guilty over his conduct 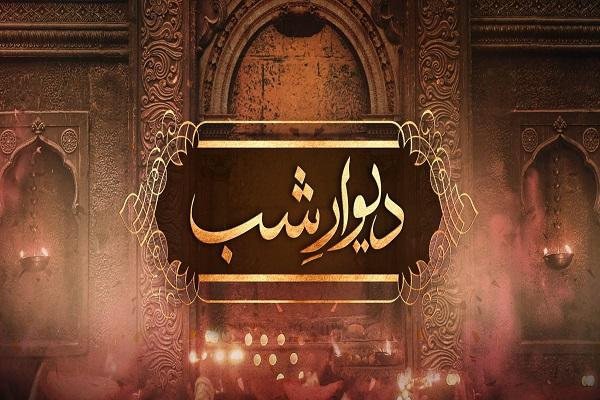 With a strong story line and a gripping plot, the novel based drama serial Deewar e Shab has become one of our most favorite Prime Time Watch. Aliya Bukhari has very artfully portrayed the life and struggles of a courtesan who is struggling hard to keep her family values and art alive. Under the brilliant direction of Iqbal Hussain, the play showcasing a number of brilliant performances among which Bushra Ansari stands out as Sitara Jahan.

The episode begins when Khayyam is missing her Nani and Khala and he is feeling extremely guilty over his conduct. Salaar on the other hand is trying hard to convince his director friend to launch an amazing career of Sandal no matter even if she does not perform well, he wants her to be in the serial and wants her career launched. His director friend says that it feels like he has to do something for him and he also encourages Salaar to express his feelings to Gaiti Ara.

Gaiti Ara is worrying about her mother who is super depressed and angry about Sandal’s working in a mere TV serial for her its an insult as she wants her to work in a big banner film! Whereas Sandal is super happy that at least she has got some work to do. Sitara Jahan also tries to make Nagina understand the fact that something is better than nothing she should let her daughter work for serial and also that she has taken this decision after a lot of consideration.

Islam invites Yousuf Saab and his family at home for dinner along with Salman and his wife and Izhar’s family. Izhar and his wife are super angry on the fact that Yousuf sahab has accepted their invitation and are not ready to accept their dinner offer well, in fact, they have closer relationship with them. Yousuf Sahab and his wife seems to be greatly impressed by Islam and his family and Yousuf’s wife praises Islam’s wife and tells her that if they would have a son they will ask for Rabia’s proposal. Zubiya too likes Maaz and Maaz keeps teasing Salman by talking with Zubiya. Izhar and his wife is really mad at Islam. The next day they break off Maaz and Joya’s engagement.

Well now Zubiya is showing her true colors she has no intentions to gel in with Salman’s parents. She asks Salman to shift in to their new house and also that he has to leave his previous job so that he could work in his father’s office on which he happily agrees. Salman very rudely tell his parents that he cannot take them to their new house as Zubiya’s parents has gifted it to him not to them, well now Izhar and his wife are tasting their own medicine. They are deeply hurt and shocked to see their only son leaving them like that!

tweet
Share on FacebookShare on TwitterShare on PinterestShare on Reddit
Rameeza NasimOctober 7, 2019
the authorRameeza Nasim
Rameeza Nasim, a Paralian, passionate about poetry, drama and fiction. By giving drama critiques I feel like I am endorsing the writer's message to the audiences, I love my job. Being a critic responsibility lies on my shoulders to point out the flaws and shortcomings of the play be it on writer's , performers or director's end . I did my Masters in English Literature and Linguistics .
All posts byRameeza Nasim