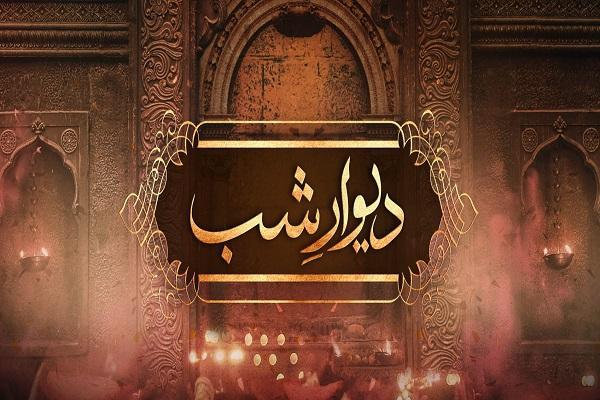 Deewar e Shab the drama serial based on the life and her struggles of a courtesan Sitara Jahan is actually an adaptation of Aliya Bukhari’s novel with the same title and the dramatization is also done by her. The play is showcasing some really incredible performances by Sara Khan, Shehroze Subzwari, Shehzad Shaikh, Kinza Hashmi, Osama Tahir, and others but it is Bushra Ansari who outshines all with her character Sitara Jahan.

Izhar and family are really hurt to know that Salman is not ready to take them to their new house. They are now tasting their own medicine. Salman’s mother is grieving that her only son has left her for his wife but his father Izhar Sahab is worrying that how will he is going to pay off the loan he took for Salman’s wedding. He calls Salman but he clearly refuses that he is not going to pay off the loan.

Khayyam goes to Babu Bhai’s house to give him that day’s earnings, there he finds Babu bhai’s niece and that too like other girls, is going gaga over Khayyam’s looks. She tries her best to gain Khayyam’s attention but little she knows that it is impossible to impress him. Babu Bhai tells Khayyam that she is his orphan niece and he thought that he will marry her with Raju but now Raju has become disabled. Raju overhears all this conversation and he becomes jealous, he snubs Khayyam for coming at his house and Khayyam snubs him for stealing his jewellery, Babu Bhai’s niece overhears all this conversation. Raju is making Khayyam’s life hell at the hotel.

Well Sandal’s work has clicked the director and she has now become a very famous TV actress and she is getting lots and lots of drama serial offers. Well the annoying thing is Gaitee ara’s sadness over Sandal’s success, she should have known that her family badly needs such fame but instead she is fearing that now Sandal is going to leave her soon and she shares it with Salaar and Salaar is once again taking her side and advises Sitara Jahan that they should put Sandal in the college now. Well both Salaar and Gaitee are looking pathetic in this situation. At least Gaitee should think about her sister’s happiness and about her family.

Yousuf Kamal is also cooking something in his head, he comes to the old city and the whole past life events start flashing in his mind where he leaves Feroza with his son because of his family pressure. Now he really wants to know about his son and he wants to meet him. He comes to Sitara Jahan’s house to meet her but instead, he meets Nagina and he introduces himself as Yousuf Kamal, the husband of Feroza!

tweet
Share on FacebookShare on TwitterShare on PinterestShare on Reddit
Rameeza NasimOctober 14, 2019
the authorRameeza Nasim
Rameeza Nasim, a Paralian, passionate about poetry, drama and fiction. By giving drama critiques I feel like I am endorsing the writer's message to the audiences, I love my job. Being a critic responsibility lies on my shoulders to point out the flaws and shortcomings of the play be it on writer's , performers or director's end . I did my Masters in English Literature and Linguistics .
All posts byRameeza Nasim