Joya is forced into the engagement! 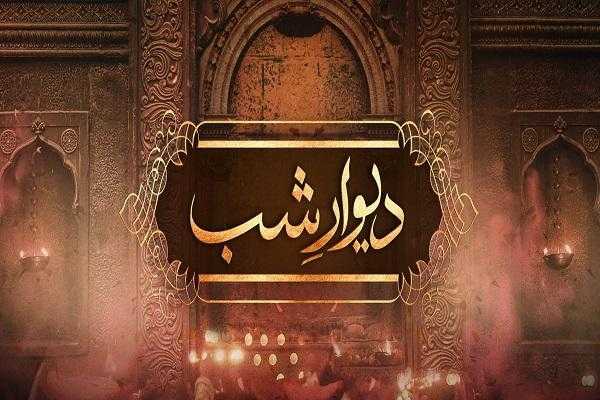 Based on the novel written by Aliya Bukhari, Deewar e Shab is a play that revolves around the life and struggles of a courtesan Sitara Jahan and her family. The story is beautifully penned down and the story is getting more and more intense. Bushra Ansari, Nousheen Shah, Sara Khan, Sheroze Subzwari, Shehzad Shaikh, Kinza Hashmi, Osama Tahir are giving their best of the performances in this play.

The episode begins when Salaar finds Gaitee talking with Khayyam’s pics with tears in her eyes. He has understood the whole story and he immediately leaves the place. Later Gaitee gets to know that he has come to see her. She gets panicked but then she finds him with Ustaad Sahab, he says that he has to leave as he has to do some work, Gaitee runs after him and tells him that she has been sorry if she unintentionally offended him, he says that he can never be angry with her but then she asks when will he visit them again on which he says soon but actually Salaar is broken and he gets ill.

Zubia tries his best to convince his father to hire Salman in his office but he is not ready to listen to her and he clearly refuses to do that. Zubia then visits Salman’s parents along with Salman and demands from Salman’s parents to sell this house and give them their due share on which Javeria gets furious and intervenes they all have an exchange of very heated arguments. Izhaar clearly refuses that he cannot give any money as he has already taken a loan from the office for their wedding.

Joya is not ready to accept Ijaz’s proposal but then Izhaar asks her finally about her decision. Joya refuses on which Izhaar says that then she should get out of the house along with her mother and he is going to divorce her mother. Poor Joya has left with no choice but to accept this proposal. Maaz gets a very good job at a channel he calls Joya and shares his good news with her but Joya is then getting ready for her engagement.

Khayyam and Raju again get into a heated argument and there Babu Bhai comes to know that Raju has stolen Khayyam’s jewellery. He is ashamed about his son’s act. Gaitee, on the other hand, is waiting for Salaar and she is longingly looking on his gifted bangles when Almas comes and asks her to give her these bangles for design but she refused on which Almas says that she is giving Salaar more importance than Khayyam. Gaitee is so heartbroken by Almas taunts and she is also saddened by Salaar’s absence that she asks Sitara Jahan to return these bangles to Salaar.

tweet
Share on FacebookShare on TwitterShare on PinterestShare on Reddit
Rameeza NasimNovember 4, 2019
the authorRameeza Nasim
Rameeza Nasim, a Paralian, passionate about poetry, drama and fiction. By giving drama critiques I feel like I am endorsing the writer's message to the audiences, I love my job. Being a critic responsibility lies on my shoulders to point out the flaws and shortcomings of the play be it on writer's , performers or director's end . I did my Masters in English Literature and Linguistics .
All posts byRameeza Nasim