Maya is still hopelessly in love with Momin 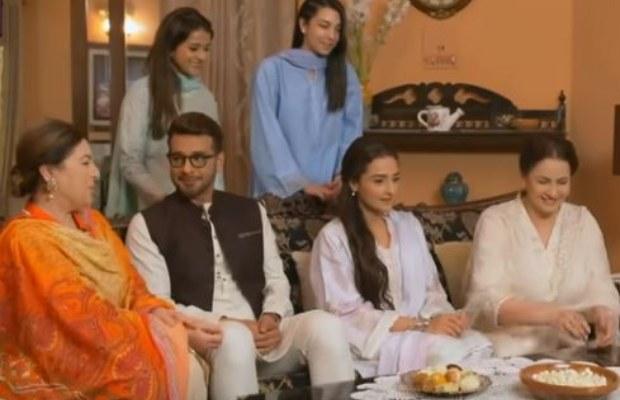 Dil-e-Momin the 7th Sky Entertainment production is two more episodes down, the play has taken a drastic turn in the new episode. Performances are brilliant as usual. In the previous episode, we have seen that Maya is hopelessly after Momin, despite him shunning all her advances Maya continues to be desperately in love with Momin. In this episode miraculously Momin and Aashi get engaged.

Fakhar is such a lecherous guy that he takes advantage of the situation that Aashi’s parents are not home and she is alone. Well in all other scenes Aashi usually goes and opens the main gate always but in this particular scene Fakhar knocks at the room door and she opens it. Fakhar comes to her place with bad intentions, despite Aashi stopping her he enters the house and tries to get creepy.

Fakhar tries to get his hands on Aashi, he tries to take advantage of the situation that she is alone in the house. There Aashi’s mother’s sixth sense has also alarmed her when she sees Fakhar missing in the house her gut feeling tells her that he might have gone to their place. She immediately takes her husband with her and makes a quick excuse. Fortunately, Jameel also listens to his wife’s request and they immediately leave. Aashi has broken a vase at Fakhar’s head in her defense when he tries to attempt on her and she runs out on the lane without a dupatta.

Momin’s father sees Aashi in such a vulnerable condition, he helps her and gives her a chaddar when her parents also arrive at the spot, and there her father sees the most horrible sight. She tells them about Fakhar’s attempt on her and Jameel sees Fakhar at his place with his own eyes. He realizes what kind of beast he is. Jameel realizes his mistake that he is about to ruin her daughter’s life by marrying him to that lecherous man. Jameel breaks Aashi’s engagement and he calls Momin’s parents for their engagement. Maya on the other hand is still desperately and hopelessly in love with Momin she does not know how to react when Gohar breaks the news of Momin’s engagement.

tweet
Share on FacebookShare on TwitterShare on PinterestShare on Reddit
Rameeza NasimJanuary 4, 2022
the authorRameeza Nasim
Rameeza Nasim, a Paralian, passionate about poetry, drama and fiction. By giving drama critiques I feel like I am endorsing the writer's message to the audiences, I love my job. Being a critic responsibility lies on my shoulders to point out the flaws and shortcomings of the play be it on writer's , performers or director's end . I did my Masters in English Literature and Linguistics .
All posts byRameeza Nasim