No one is ready to believe Momin, not even his family 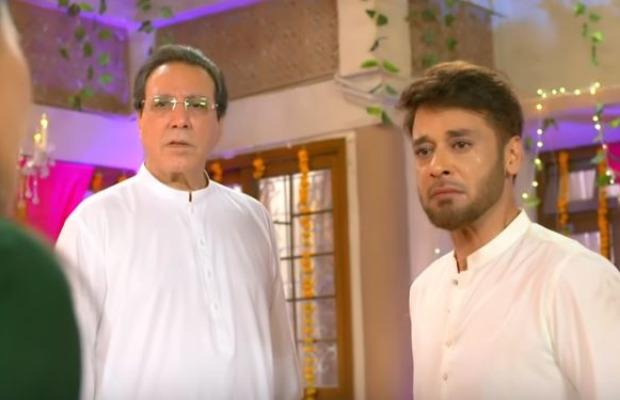 Dil e Momin the 7th Sky Entertainment production has turned into another Dunk! These episodes were a huge disappointment with their pathetic narrative. In the previous episodes, we have seen that Maya is creating problems for Momin. With the new episodes, things have turned more ugly as Maya wrongly accuses Momin of sexually harassing her. This accusation has ruined Momin’s life not only his but his family’s life and honor too.

Momin’s family is all busy with Mehndi preparations, Momin expresses his disapproval about this function, he is against extravagant expenses on the Wedding. On his way, he comes across a Baba who kinda prophesies by saying that he has not yet seen trials he will see and realize what an actual trial is! So it’s setting the base that something terrible going to happen with Momin.

Momin goes to the university on the day of his Mehndi and there he calls Maya at his office. I was wondering if a separate office is allotted to a lecturer instead of a common staff room. Well, Momin should not have called Maya to his room. He starts snubbing Maya for talking to Aashi’s father. Maya instead of feeling guilty is still confirming that whatever she has done is right.

Maya all of a sudden locks the door. Momin gets alarmed he goes to unlock the door but Maya comes in between and she starts begging him to confess his love for her. Momin continues to snub her and then people hear the noise and they open the door finding Maya and Momin alone. They start accusing Momin of harassing her. Momin starts pleading with Maya to speak up and save him from this but Maya shocked us by wrongly accusing his love of harassing her, saying that he has called her into his office and that he is telling her that he is not happy with his marriage.

This narrative is very problematic just like the drama serial Dunk it has also disservices to all those women who are getting harassed every day. Such a sensitive issue of harassment is so carelessly handled. What happened with Momin and his family after that harassment accusation is beyond words. The media has projected it as well and his video of being beaten has gotten viral which may end up calling off his sister’s marriage too along with his own. The strange thing is that no one is ready to believe Momin, not even his own family!