Dil-e-Momin Ep- 24 & 25 Review: Momin fails to convince his family about his innocence 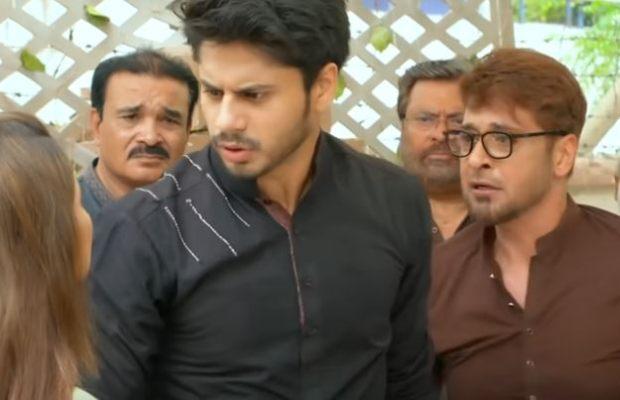 Dil-e-Momin the 7th Sky Entertainment production is one problematic show in the running. It’s pretty annoying when our drama serials challenge the intelligence of our audience. This episode has a major flaw Maya appears at Momin’s father’s funeral. In the previous episode, we have seen how Momin’s family along with him are paying for the sins he has not even committed.

The plot is flawed when Maya herself comes to Momin’s place and she is saying that she wants to say sorry must have validated Momin’s innocence in front of all but here people are still shaming Momin. Why a girl who is harassed goes to her harasser’s house saying that she is being sorry, it is simply clear that she lies. It’s only Waleed who has understood that Maya was lying and he is the only one who believed that Momin is innocent why can’t others think that why Maya has come to their house and why she is being apologetic?

People are still shaming Momin and so is his family. His mother and his family should have given him the benefit of doubt after Maya’s appearance and her saying that she wants to say sorry. Momin is praying to Allah to validate his innocence in front of the world. We also get to know about the downfall of Momin, Momin’s flaw is his excessive pride in him being pious and his flaw is his over righteousness. Momin recalls how a Malang has prophesied his downfall.

Momin is being such a disappointment when he goes to Aashi’s place reminding her that he has once believed her without even questioning her when Fakhar has tried to demean her but now when it is the time to show faith in him she has stepped back. The most disappointing point is that Momin is still clinging to her professing his love for her. He should have left Aashi for not believing him but he says that when he is able to prove his innocence to the world he will come back to her only as he is only hers. Aashi does not deserve Momin!