Dil e Momin Ep-26 & 27 Review: Will Maya have the courage to face the world and accept her sin?

Maya's mother comes to know about her reality 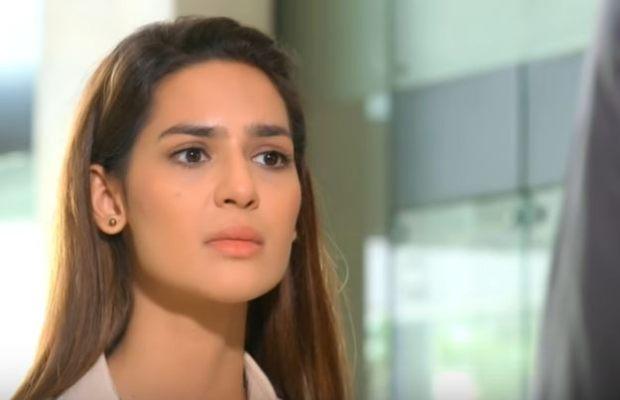 The 7th Sky Entertainment production drama serial Dil e Momin is 27 episodes down and the story has progressed a bit. Performances are on point. In previous episodes, Maya shows up at Momin’s father’s funeral and despite her appearance and apologetic manner, no one is ready to believe Momin except Waleed. In this episode, Maya’s mother has come to know about her reality.

Momin’s own family is not ready to accept him. Momin has realized his character flaw and that is pride and his overly self-righteous attitude he desperately wants to find that Malang baba who has prophesies his downfall but he could not able to find him. Molvi Sahab comforts Momin by saying that Touba is bigger than any sin and there is always room for redemption and Touba Astaghfar washes away all the sins.

Fakkhar is back into the scene and it looks so absurd that Jameel agrees to marry off her daughter to a person who actually attempted to rape her when they were not home while Momin is just accused of harassment and he is not ready to believe him. Well, Aashi deserves Fakkhar she does not deserve to marry Momin as she never believed him. She has absolutely no faith in Momin.

Gohar’s parents have come to Maya’s place for her proposal. Well, Maya’s mother truly knows how stubborn her daughter is but still, she calls Gohar’s parents. Maya clearly tells Gohar’s parents that she does not want to marry Gohar as she cannot sacrifice her “Love” for her friendship. Maya’s mother is disgusted to know that Maya still loves Momin. She confronts her and asks her that is why she is not hating him to which she replies that her daughter is actually the hate-able one. Maya’s mother then recalls the recent past events and she has come to the conclusion that her own daughter has wrongly accused Momin.

Maya’s mother asks her if she has falsely accused Momin? Maya accepts that she has committed that sin on which her mother gets shocked and disgusted that her own daughter can stoop so low she can be so cruel that she has ruined Momin’s life? The house help also listens to that and she is too in absolute shock. on the other hand, Waleed coincidentally meets Maya in a mall he confronts her too asking her why she has come to Momin’s father’s funeral? Maya accepts in front of Waleed too that she has wronged Momin. Waleed suggests she at least validate Momin in front of his family. Will Maya have the courage to face the world and accept her sin?