Aashi lost her life after giving birth to her son 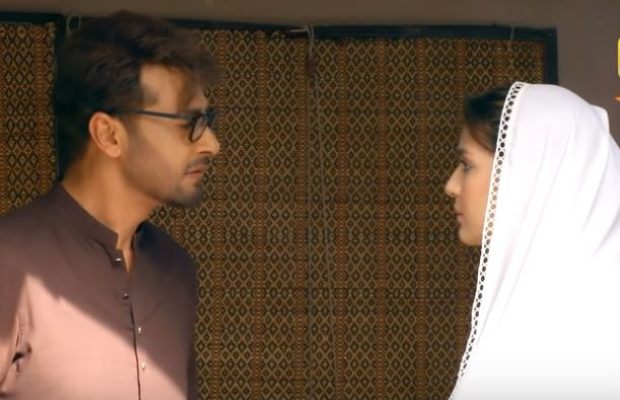 Dil e Momin the 7th Sky Entertainment production finally comes to its end after 49 episodes. The end is a bittersweet one. The story is unique if we minus the soapy part. As a matter of fact, it’s not that bad.  The spiritual angle in it and the dialogues are also good for which credit goes to the writer Jahanzeb Qamar. Director Sheharzade Sheikh has also done a commendable job. Performances are also on point. Faysal Qureshi, Madiha Imam, Momal Shaikh, Saba Faisal, Shabbir Jan, Javaid Shaikh, and others have given their best.

Momin is in a desperate search for Maya and it has shown that some time has passed. Momin’s sufferings seem never-ending as he is feeling himself the sinner of Maya and he needs to find her so that he could beg for her forgiveness. He is desperately searching for her everywhere but he is not able to find her.

In the meantime Momin is blessed with the news of Aashi’s pregnancy, he forgets the pursuit of Maya for a while as he is so overwhelmed with that news, that he starts shopping for his born-to-be baby but then Aashi gets complications and loses the child. This loss opens Momin’s eye once again and he keeps searching for Maya but he does not succeed this time too in finding her. It is shown that three years have passed. Momin’s struggles of repentance go on.

Aashi is once again pregnant and her case is again complicated. She has to undergo an operation which might end up losing the baby or herself. Momin once again goes in search but this time he has a clue he is heading towards Rani’s house in her village. On his way to the house, he finds that same saint he met years ago. Maya has turned to be a spiritual person who has nothing to do with the world and Momin. However, she is mistaken her heart still beats for Momin and she can’t stop herself from coming with him.

The ending is bittersweet, it ends with Aashi’s death after giving birth to a son and leaving behind a note for Momin and Maya giving us all Kuch Kuch Hota Hai feels. Momin has committed a sin and he has paid penance too with repentance. Well, one wonders what has poor Aashi done? Maya’s pure love for Momin eventually gets materialized and she gets his love. She and Momin will now raise Aashi’s son and voila it’s the happy end with a sprinkle of tragedy after 49 episodes. Overall a good serial with a unique narrative and very less onscreen toxicity. The play reminds us that every saint has a past and every sinner has a future.

tweet
Share on FacebookShare on TwitterShare on PinterestShare on Reddit
Rameeza NasimMay 2, 2022
the authorRameeza Nasim
Rameeza Nasim, a Paralian, passionate about poetry, drama and fiction. By giving drama critiques I feel like I am endorsing the writer's message to the audiences, I love my job. Being a critic responsibility lies on my shoulders to point out the flaws and shortcomings of the play be it on writer's , performers or director's end . I did my Masters in English Literature and Linguistics .
All posts byRameeza Nasim