Dil Kya Karay Episode 3 and 4 Review: Arman is a gem of lover 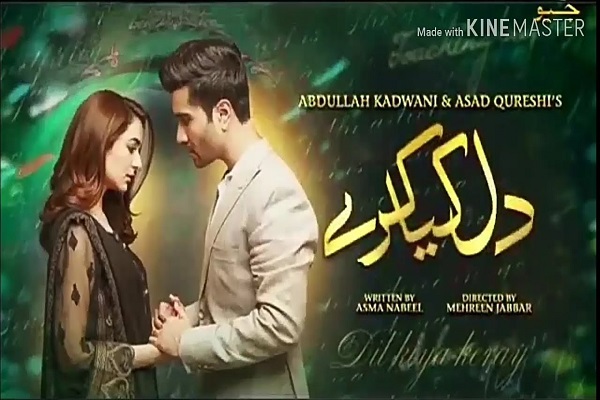 Dil Kya Karay on aired its double episodes 3 and 4 on Geo Entertainment. Its a very sweet play about love, friendship and family ties and bonding. Feroze Khan and Yumna Zaidi have given incredible performances in the play along with the entire supporting cast. Although just four episodes old, we have simply falled in love with Arman, who is a gem of a lover as he only wishes to see Aiman’s happiness and for that he is ready to sacrifice just about everything.

This week’s episode beings with Bibi Jaan’s house  full of life and laughter, being busy for Faryal’s wedding. All of a sudden, a tragedy hits the family! Aiman’s father and mother die in a plane crash while they are flying from San Fransisco to Karachi! Aimen’s life turn upside down. However the girl is not alone, she has the support of all the family excluding Romaisa who blames her for just about everything.

Aimen seems in a deep shock and because of the sudden death of her parents, she is entirely traumatized. She is not talking or crying to anyone. Apart from the whole family, Arman is being extremely caring for her in this difficult time. He also takes the whole family members into his confidence and shares his desires to marry Aimen so that he could take care of her despite of her mother’s strong opposition. However, he still needs to ask for Aiman’s consent and on top of that Aiman is not opening up with him, in fact she is not talking with anyone and her condition is getting worse and worse.

On the other hand, Aimen was involved with Arman’s friend Saadi, as they met in America and fell in love with each other. They wanted to declare  their relationship but then the tragedy happened. Saadi tries a lot to call Aimen but she does not receive his call as she is in state of shock. Saadi visits her and insists her to cry her heart out! She, on seeing him, cries her heart out and expresses all her anxieties and Saadi assures her that she is not alone in this grief and he will never leave her alone and will always be on her side. This makes Aimen feel relieved and she is somehow out of that trauma but Arman hears Saadi and Aimen’s conversation and he gets the idea of what level of relationship they are into. He is heartbroken but he wants to see Aiman’s happy.

Aiman makes clear to her chacha that waiting till 40 days of death does not matter at all and they should marry Faryal on the date which is already fixed! She tries to cheer up Faryal. Her relationship with Faryal is really cute. Later on when Faryal’s engagement gets broken Romaisa blames Aimen for that! On which Faryal talks sense. That scene of Aiman, Faryal and Arman is really very touching and the following scene is even more moving where Arman indirectly confesses his love for Aiman and he clearly tells Aiman that he, her friend will be always be there for her!

tweet
Share on FacebookShare on TwitterShare on PinterestShare on Reddit
Rameeza NasimJanuary 30, 2019
the authorRameeza Nasim
Rameeza Nasim, a Paralian, passionate about poetry, drama and fiction. By giving drama critiques I feel like I am endorsing the writer's message to the audiences, I love my job. Being a critic responsibility lies on my shoulders to point out the flaws and shortcomings of the play be it on writer's , performers or director's end . I did my Masters in English Literature and Linguistics .
All posts byRameeza Nasim