Dil Mom Ka Dia Episode 5 and 6: Ulfat is creating rift between Afzal and his siblings 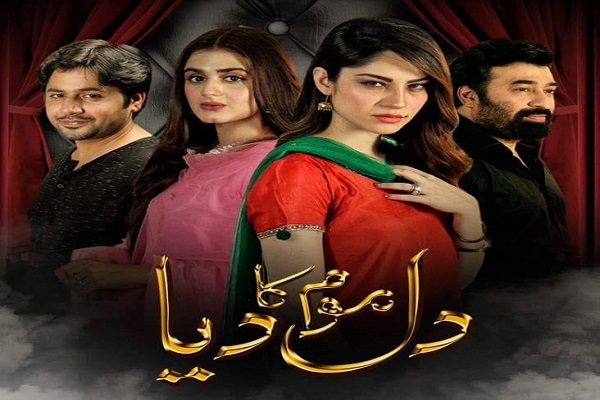 ARY Digital,  on- aired  duo episodes of  drama series “Dil Mom Ka Diya “, last night.  It is turning out to be one of the finest drama serial with the story based on siblings, family love and family ties. Yasir Nawaz has given his best of performance in this role as Afzal, a person who passionately loves his wife Ulfaat and is trying his level best to keep a balance between his siblings and his wife.  But it seems like Ulfat is testing him by giving real hard time. The play is very well scripted by Saira Raza and  equally well   directed by Shahid Shahfat.

The episode begins when Tamkinant is at Ulfaat’s place, and Kulsom  and Tamkinant are having friendly conversation. Tamkinant has realized that  Ulfaat is being very unfair to her in laws and particularly to poor Kulsom. She has developed emphatic feelings for her and helps her in the cooking.

Azhar is love struck with Tamkinant’s beauty , simplicity and innocence, whereas Kulsom is inspired  by the way she talks and her sweetness. Kulsoom shares her likeness for Tamkinant to Salma  who seems not moved at all by Kulsoom’s praises for her.

Well, Ulfat is not just self centered but is cruel and mercilessly insensitive, the way she passes rude and blunt remarks on Kulsom’s looks is making her a mean and hate able character of this drama. Kulsom has never done anything wrong to her, never misbehaved with her, so why is she doing that to her?  Moreover she misbehaves with Salma and then instead of saying sorry she misbehaves with Afzal too and leaves the house in the middle of the night.  Afzaal is always there to spoil her, he always go after her and bringing her back, has  almost became their routine activity.

Afzaal is equally responsible  for Ulfaat’s  rude attitude, he always  ignore all her stupidity just because he passionately loves her. But his love has made Ulfat more cruel and insensitive.

Ulfaat is having issue with Salma and just to take revenge from her,  she embarrasses her in front of the guests who bring proposal for Kulsom. She ruines the chance for Kulsom, although Kulsom has not done anything bad to her. She is only taking revenge from Salma. This insanity simply unforgivable ,  but  Afzal forgives her for that too. This is just too disturbing as Kulsom does not deserve this.

Azhar is taking great interest in Tamkinant and it seems like Tamkinant has also started taking interest in him. The scene where Tamkinant takes a wrong bus route, lost the way  and cries and then coincidentally Azhar finds her on the way and helps her,  is one cute scene from this episode.

Well, Salma and Akmal are extremely furious on Ulfat’s latest conduct, where she spoils proposal for Kulsom . It seems like Ulfat is creating a rift between the family. we all have to wait for the next episode to find out  what happens next.

tweet
Share on FacebookShare on TwitterShare on PinterestShare on Reddit
Rameeza NasimSeptember 12, 2018
the authorRameeza Nasim
Rameeza Nasim, a Paralian, passionate about poetry, drama and fiction. By giving drama critiques I feel like I am endorsing the writer's message to the audiences, I love my job. Being a critic responsibility lies on my shoulders to point out the flaws and shortcomings of the play be it on writer's , performers or director's end . I did my Masters in English Literature and Linguistics .
All posts byRameeza Nasim