Its a shame that play did not get views and ratings it deserved! 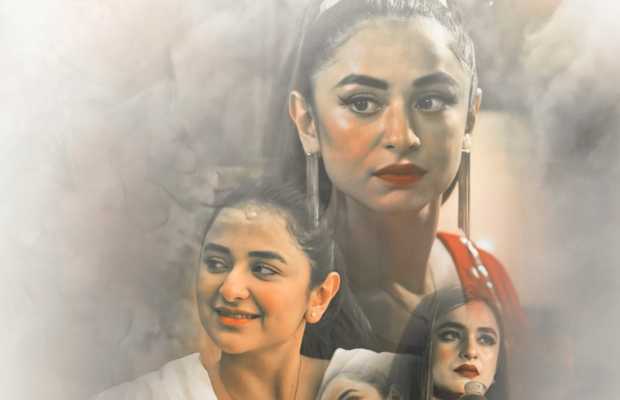 The play concluded on a very strong and hopeful note. In this ugly world no matter how strong and powerful the human trafficking network is, there are few good people too who are helping the souls. However sadly there are many girls who get trapped by the trafficking network for lifetime only death can let them escape but then there are girls like Sumbul who not only takes herself out but also reveals the network and eventually get them arrested with her courage. The last episode was very powerful it makes us sad too as we surely going to miss this masterpiece.

Dil Na Umeed Tu Nahi may be a flop in terms of its views and ratings but as content and piece of art, this play is not less than a masterpiece with attractive and catchy art of storytelling. Kashif Nisar’s directorial finesse is evident from the way the story unfolds and with incredible performances by the whole cast. Yumna Zaidi, Wahaaj, Yasra Rizvi, and Omair Rana have given memorable performances in the play.

The best thing about Dil Na Umeed Tu Nahi is that despite the play being based on such a heavy topic of human trafficking it is so well executed that it does not seem heavy to watch like other issue-based plays.

The story of Dil Na Umeed Tu Nahi is knitted so well and it unfolds so artfully which creates our interest in the story and we crave to see more.  It is a shame that this masterpiece is so underrated that it did not get the love, appreciation, views and ratings which it truly deserves.

Ever since the last episode came out, social media is buzzing with Yumna Zadi’s fine performance in the drama.

#YumnaZaidi
She is the voice of middle class people …a brave and daring character … I love her 😍 pic.twitter.com/YzcWEqo4Jg

If talent had a face she would be the no. One #YumnaZaidi pic.twitter.com/yj7f8ZP2WQ

Continuously trending from last night 😍😍
Dil Na Ummed Toh Nahi-One of the best drama of Pakistan came to end on a good note last night ❤️
Everyone should give a watch this drama.#YumnaZaidi #DilNaUmeedTohNahi pic.twitter.com/0r3xP7nbBN

I never watched any drama in which all performer deserved appreciation. The way Writer write the script is remarkable, Director and producers shows the dark picture of our society.
Beginning and ending both were justifie🔥 #DilNaUmeedTohNahi #YumnaZaidi @yumnazaidiactor pic.twitter.com/FKdWvbpdKI

tweet
Share on FacebookShare on TwitterShare on PinterestShare on Reddit
Rameeza NasimJuly 27, 2021
the authorRameeza Nasim
Rameeza Nasim, a Paralian, passionate about poetry, drama and fiction. By giving drama critiques I feel like I am endorsing the writer's message to the audiences, I love my job. Being a critic responsibility lies on my shoulders to point out the flaws and shortcomings of the play be it on writer's , performers or director's end . I did my Masters in English Literature and Linguistics .
All posts byRameeza Nasim